President Trump At Camp David: ‘We Don’t Play Politics, We Do What’s Right’

During Hurricane Irma, President Trump met with cabinet members at Camp David. They were there to discuss the progress of Trump’s agenda and the challenges they face… including natural catastrophes such as hurricanes. “We’re not playing politics, we’re just doing what’s right,” Trump said. “I tell that to everybody at this table, do what’s right, don’t play politics.”

Trump was flanked by Secretary of State Rex Tillerson on his right and Defense Secretary James Mattis on his left. The President made his remarks after Vice President Mike Pence had them all bow their heads while he led them in prayer prior to the meeting.

At the very beginning of the meeting, Trump urged Americans in the path of Hurricane Irma to evacuate and leave the area. “This is a storm of enormous destructive power and I ask everyone in the storm path to heed all instructions, get out of its way,” Trump said. The President thanked government officials and first responders for working “around the clock” to respond to the storm. He also asked Americans to listen and heed local officials. “Property is replaceable but lives are not and safety has to come first, don’t worry about it, just get out of its way,” he said.

The meeting at Camp David was Trump’s second and was a lengthy meeting on policy. The first occurred just before his speech on Afghanistan. At that time, he met with his national security team to go over a new strategy and how to carry it out. “Melania and I are thrilled to host the cabinet at this incredible site,” Trump said during the latest meeting. 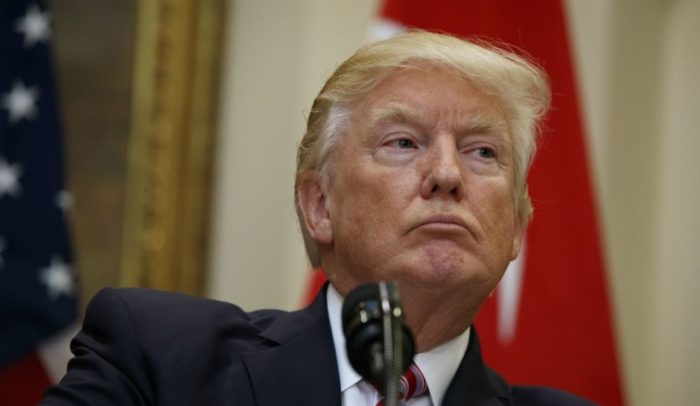 President Trump spoke concerning the increasing threats coming from North Korea. He made a point of saying that the US was prepared to take steps to “keep the people of the world safe.” Trump also took the opportunity to urge Congress to make dramatic tax reform and to cut regulations. “I think now with what’s happened with the hurricane, I’m going to ask for it to speed up,” he said. So far, we haven’t seen it speed up, but the President certainly hasn’t given up on trying to get Congress to move its collective ass.

In both Texas and Florida, the cleanup now begins. Trump has FEMA in both places and has authorized federal relief funds as well. Tax reform is looming and it is a do or die issue for this administration. I hope they get it right, but the whispers I’m hearing on it are not good and I am not happy with Trump striking deals with the Democrats. I hope he keeps his word and stops playing politics and does what is right on all fronts. America needs that right now.