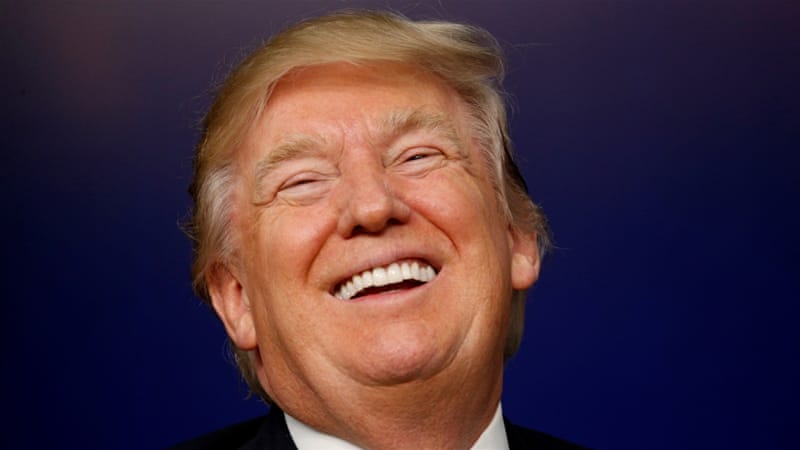 This morning, news broke of an alleged bomb that went off at the Port Authority in Manhattan. Details are still being revised, but it appears that a suicide bomber attempted to set off a metal pipe bomb at approximately 7:40 am. The device was only partially detonated and went off before it was intended. A 27 year-old man from Brooklyn named Akayed Ullah has been identified as the suspect. He survived the blast and several others were injured. A former Commissioner with the NYPD, Bill Bratton, says that the man may have been born in Bangladesh and was likely inspired by ISIS.

With the major injury being the loser who tried to harm others, the press was waiting for Trump to come out to make a statement. But, after being briefed on what has been described as a failed terrorist attack, Trump went back to his long-running beef with the media.

A few hours after the attack, Trump tweeted:

Another false story, this time in the Failing @nytimes[2], that I watch 4-8 hours of television a day – Wrong! Also, I seldom, if ever, watch CNN or MSNBC, both of which I consider Fake News. I never watch Don Lemon, who I once called the “dumbest man on television!” Bad Reporting.

The timing isn’t terrible from my perspective. When I heard of the attack I knew it would be hours before any information would be useful because the mainstream media outlets like CNN wouldn’t tell me if it was terrorism even if it was.

Trump was taking issue with the recent Fake News from the New York Times that he spends 4-8 hours every day watching television, a feat only accomplished by young children who are being given the special privilege of eating cereal on the couch and watching cartoons because it’s a snow day and mom is too busy to entertain them. The only adults I know who watch that much news are journalists who work from home and keep Fox on in the background in case anything interesting comes on. Even then, we all know the only worthwhile thing to listen to for hours every day is Rush Limbaugh.

The author, posted by the Times, attempted to write an article for the ages, saying that Trump was in an “hour-by-hour battle for self-preservation,” a line which would get a red underline in a creative writing class for being too overdone. The left-wing media, who lost their privileges when Trump ended up in office, have nothing to base their reports on except following his tweets and extrapolating that he’s probably been watching Fox or NBC all day and that’s why he always knows what the media hosts are saying. The Times alleges that Trump “hate-watches” CNN and dislikes Don Lemon.

Yesterday Trump said that “Fake News” was “out of control” and they publish lies that are “forced to be withdrawn after they are exposed.” In the last few days, lies about Donald Trump Jr. have been circling, but were quickly retracted after the timelines were found to be completely out of whack. A week and a half ago, Brian Ross of ABC was put on suspension[4] for delivering such a bogus lie about Trump and the Russians that it caused the Dow to drop by 350 points.