President Trump Isn’t Done With Assad Yet – He’s Already Making THIS Next Move!

President Trump[1] has decided on his next move with Assad… it will be economic sanctions according to Treasury Secretary Steve Mnuchin. That is a good move, although in the end it won’t be nearly enough here I fear. Iran has been financing Assad for a long time and he has been socking away wealth for just such a development. This should be just one of our weapons that we use against the Syrian regime. The ultimate goal is to remove Assad and replace him with someone of the people and sane. That’s a tall order all in itself.

A week ago, the Trump administration was saying that the end of the Syrian civil war could be resolved without unseating Assad. That changed Tuesday when a horrific gas attack killed 83 Syrians… 25 of them were children and it was caught on video. 350 were injured as well in the attack. By Thursday, the US moved and launched 60 Tomahawk missiles at a Syrian airbase (one missile failed – so only 59 hit their target). The monstrous attack changed President Trump’s perspective on Syria and fast. Babies dying slowly from a gas attack will do that to you. 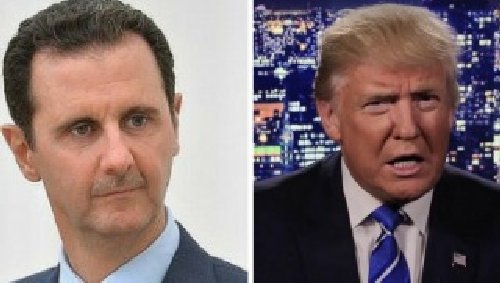 “We will be announcing additional sanctions[4] on Syria as part of our ongoing effort to stop this type of activity and emphasize how significant we view this,” Mnuchin said one day after President Donald Trump sent 59 cruise missile into Syria to retaliate for a gas attack on a Syrian village. “And we expect that those will continue to have an important effect on preventing people from doing business with them.”

Mnuchin, speaking at a press briefing Friday at Trump’s Mar-a-Lago estate in Florida, said the sanctions would be released “in the near future” but did not go into detail.

Unfortunately, in the attack, we did not take out the Russian radar in place or the runway. So Assad is still using the base. They were not crippled there. The mission was a success, it just didn’t finish the job. We will see where this leads this week. Yesterday, after calling the US proportional response an act of aggression, the Russians threatened the US with WMDs. Whether that is just posturing and saber rattling, or an announcement of war, remains to be seen. The Iranians have gone mostly silent and frankly, that worries me.

No matter what happens next, Assad must go. Just as that troll in North Korea must be removed. These are dangerous and tense times and there is no telling what will come to pass next. People keep saying the Russians don’t want war with us… I’m not so sure of that. They will calculate their military might and the costs associated with war. Putin was humiliated last week and he wants payback. Welcome to the geopolitical chess board.

Tillerson will be traveling to Moscow on Wednesday for previously scheduled meetings during which the issue of Syria is certain to emerge. He’s a brave man and my respect for Tillerson grows by the minute. Hope he has fantastic security and a food taster in tow. Trump’s next steps will need to go before Congress and get approval. It is time to bring in the whole team to discuss this. War looms and it’s time for our leaders to earn their hefty pay. 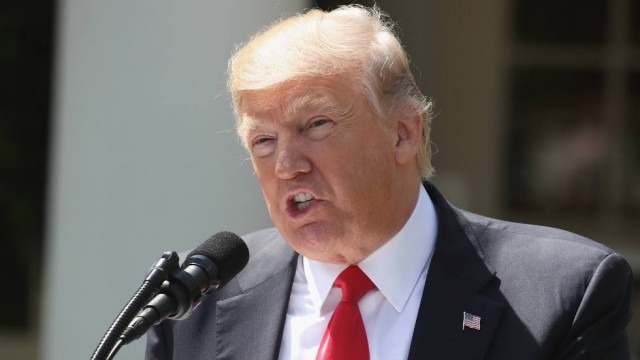