President Trump On NFL Nat’l Anthem Protesters: ‘Get Those SOBs Off the Field!’ [VIDEO]

Donald Trump was his normal bombastic self during a speech delivered in Alabama on Friday night for a rally for Senate candidate Luther Strange. 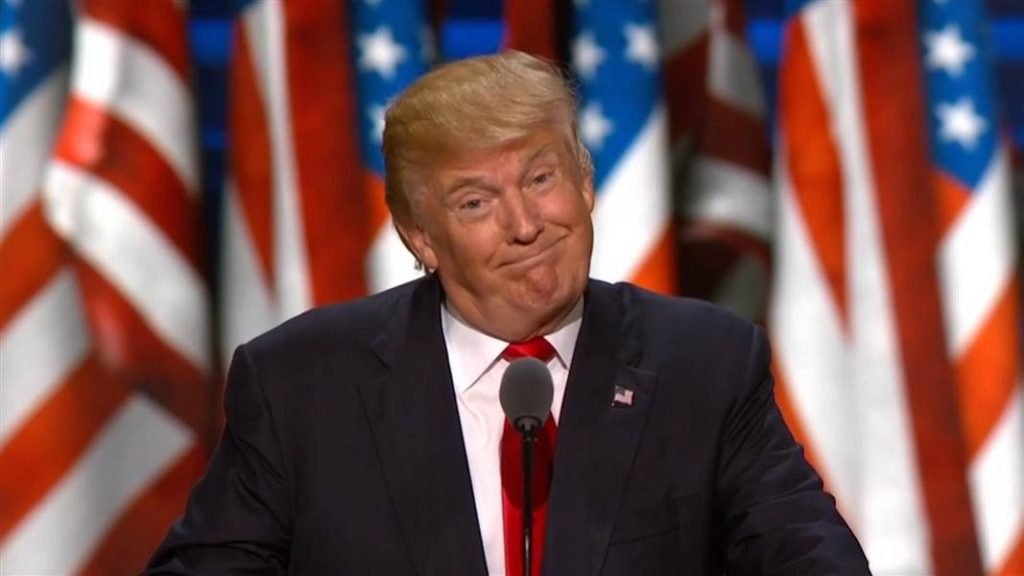 He took some time out of his speech to specifically target NFL players who protest the National Anthem. He hoped NFL owners would fire those who refused to stand, such as Colin Kapernick. He got the ball rolling when he said that Luther Strange, and his constituents, respect the flag. This received a roar from the crowd to which Trump responded he would “love” to see NFL owners fire these players. ‘Murica!

I think this whole protest thing is silly. Who cares what these overpaid, roided-up, man children think? They have every right to protest, but the owners have every right to care if they do or not. If the National Anthem was sung every day at my job and I refused to stand because some white kid got shot by the cops for attacking them, I would expect to be fired. It is what it is. The President, of course, was pandering to his audience.

“Wouldn’t you love to see one of these NFL owners, when somebody disrespects our flag, say: ‘Get that son of a bitch off the field right now. Out. He’s fired!’ They don’t know it…they’re friends of mine, many of them. They don’t know it. They’ll be the most popular person in the country.”

Trump wishes NFL owners would tell anthem protesters "get that son of a bitch off the field right now" pic.twitter.com/gq4EH3lNoY[2]

Of course, the moron brigade was out and about with faux outrage and pearl clutching. It’s too easy to upset some people apparently. Maybe their mothers didn’t love them enough as children, or something.

They really let Trump do and say whatever TF he wants. Shit is crazy.

Yes, of course! The all encompassing “they” “let” Trump say whatever he wants. “They” were much more severe with their restrictions with previous presidents. Barf.

Trump is smart. He realizes this is causing a ratings decline for the NFL. If there is one thing the President understands, it’s ratings.

Do you agree with the President? Have you stopped watching the NFL because of these things?