President Trump Offers His Help To An Infant Sentenced To Die In The U.K. [VIDEO]

Wow… this is something you would never see Barack Obama do.[1] I’m certain of that. President Trump tweeted Monday that he would be “delighted” to help Charlie Gard, the UK infant who has been sentenced to die by the courts. I bet we’d even pick up the tab. I highly doubt the UK will let the child go… this is a power play and if the Marxists get their way, the child will suffer their form of compassion and die with their brand of dignity.

10 month-old Charlie Gard has a rare disease that has caused brain damage and keeps him from breathing on his own. They claim he is in a vegetative state and the courts in Europe say that the parents must leave him in the hospital. The doctors there want to remove his ventilator and let him die… they had his death penciled in for last Friday, but there was such an outcry, they gave the little one a couple more days for family and friends to say goodbye. The Pope was instrumental in getting a few more days, but either he doesn’t have enough pull to get the child released to his parents or he won’t do it for political reasons. President Trump wants to save the child if he can.

President Donald Trump tweeted Monday that he would be “delighted” to help Charlie Gard, the UK infant who has been sentenced to die by the courts.

If we can help little #CharlieGard[4], as per our friends in the U.K. and the Pope, we would be delighted to do so.

Gard is critically ill due to a mitochondrial disease, and his parents wish to bring him to the United States for a trial therapy. However, European courts of human rights have declined the parents’ request to move their child because doctors don’t believe the experimental treatment will help Gard.

The hospitals now have the right to end life-sustaining treatment for Gard against the wishes of the parents.

The parents raised $1.8 million to bring Charlie to the US for an experimental treatment. The courts said no. Then they asked that they be allowed to pay for a portable ventilator so they could bring their son home, give him a warm bath and let him rest in his little bed, surrounded by those who love him as he takes his last breath. Again, the court and the hospital said no. This is euthanasia and beyond cruel.

The European Court of Human Rights (ECHR) has been slammed for acting like a “death panel” after denying Charlie’s parents the chance to take their son to the US for “experimental treatment.” And that’s what they are. This is what bioethics and socialism brings you… death. Charlie’s mother stated that, “Charlie should get a chance to try these medications,” explaining: “He literally has nothing to lose but potentially a healthier, happier life to gain.” He has previously opened his eyes and he knew his parents were there. He deserves a chance. Others have benefited from this treatment, Charlie should try it as well.

Helen Ferre, the director of media affairs at the White House, released a statement regarding President Trump’s offer to the little boy’s parents:

Upon learning of baby Charlie Gard’s situation, President Trump has offered to help the family in this heartbreaking situation.

Due to legal issues, we can not confirm the name of doctor or hospital where the baby could be treated in the United States.

May God move the hearts of these bureaucrats so they let that little boy come to the US and get help. Just let Charlie’s parents try this and let him live. 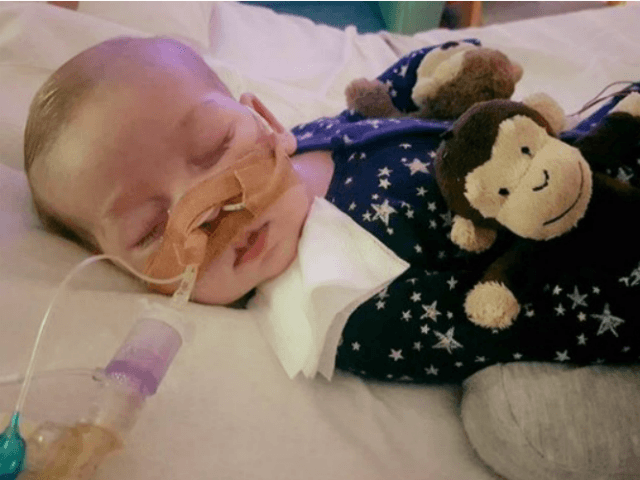