President Trump: ‘Our Partners MUST Show They Are Partners, They MUST Contribute Financially’ [VIDEO]

Barack Obama promised to make America respected around the world when he was president, but instead, the opposite happened. Obama’s policy of catering to dictators and bowing before tyrants, while refusing to respond to terrorist incidents, didn’t build respect around the world. Obama also allowed other countries to walk all over the United States, but now, with Donald Trump in office, all of that is about to change[1]. 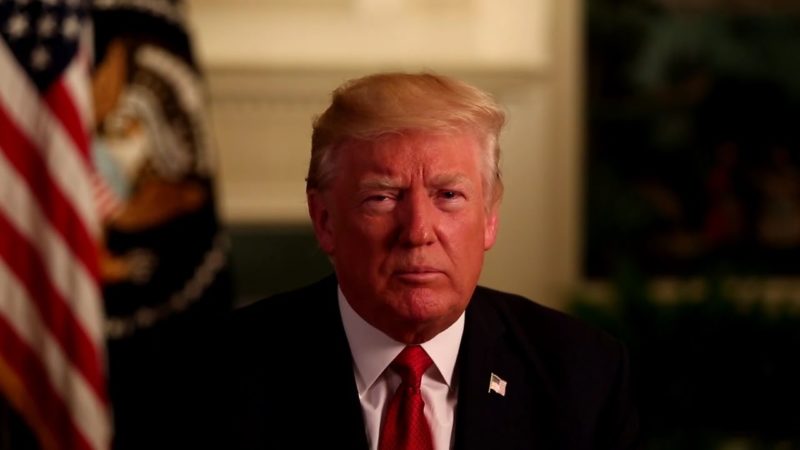 In Friday’s weekly address, Trump directed much of his speech towards foreign leaders and warned that “America cannot solve all of the world’s problems.” Delivered shortly before leaving for his first overseas trip as President, he made it clear that other countries will need to step up in the fight against terrorism.

First, Trump told Americans what to expect out of his trip to Saudi Arabia, which will be the first of three stops.

“There, I will address a historic gathering of the leaders of more than 50 Muslim nations. I will represent the views of the American people frankly and clearly,” he said. “Many of these leaders have expressed growing concern about terrorism, the spread of radicalization, and Iran’s role in funding both. Now it appears Muslim leaders are ready to take more responsibility and a much bigger role in fighting terrorism in their region. It’s about time we do it, we’ll do it together, but it has to be done.”

He then explained that he would be visiting Israel, with the goal of renewing our friendship with that country, as well as meeting with the Palestinian Authority to try to work on peace between Israel and the Palestinians. His final stop, he said, would be the Vatican, “Where I will have the great honor of an audience with Pope Francis.” “I look forward to speaking with the Pope about how Christian teachings can help put the world on a path to justice, freedom, and peace,” he said, adding, “I will also meet with friends and allies in Europe at a gathering of NATO in Brussels and at the G-7 Summit in Italy. Finally, I will close my trip by saying thank you to some of the courageous men and women of the United State Military serving their nation overseas.”

Finally, he finished by promising to expect more out of our allies around the world.

“I also pledged that our partners must show that they’re partners, they must show that they’re friends, and they must contribute financially to the tremendous cost – the money that we’re spending – is so big; it’s so much; and it’s not fair for our nation,” he said. “They have to help and I’m sure they will. The fact is that I’m excited about new possibilities for peace and prosperity – and I hope you are too.”

The speech shows that Trump’s foreign policy will be very different from Obama’s and it will be interesting to see how our allies respond to the change.

Do you agree with Trump?