The President and First Lady yesterday spent part of Thanksgiving serving meals to active duty members of the Armed Forces. There was nothing fake about it as there was when Obama was in office. You can tell the military loves their new Commander-in-Chief. Hands were shook as meals were served. There was smiling, joking and laughter… something we haven’t seen in eight long years. The Trumps showed up at the Coast Guard Station Lake Worth Inlet, where they served meals to dozens of active Coast Guardsmen who had to work on Thanksgiving. You could tell it made their day and Americans loved it.

Trump and Melania served sandwiches, fruit, juice, cookies, muffins and sodas that they personally donated to sixty active duty Coast Guardsmen. A number of them were heading out on patrol after eating. President Trump celebrated Thanksgiving with these men and women as only he could and it was a memorable event. It was light-hearted and warming. In other words, it’s just what was needed and showed true leadership. 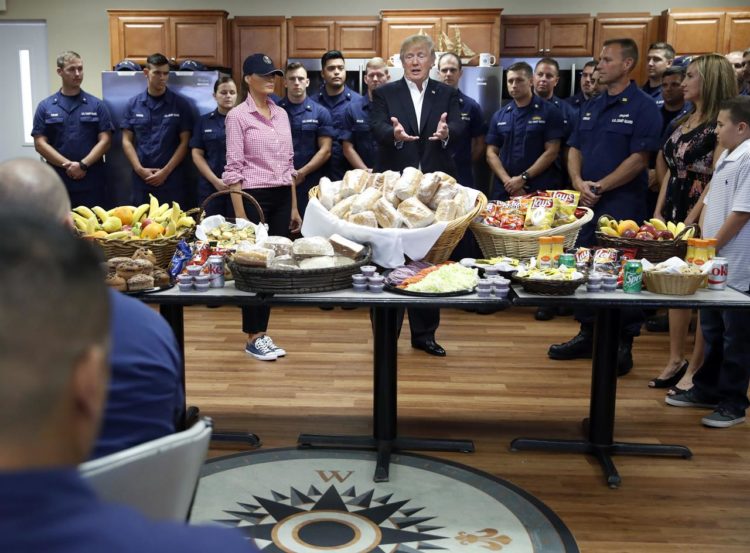 The White House pool report stated that President Trump encouraged the men and women present in the room:

“It is an honor to be here,” the President said.

He noted that “there is no brand that went up like the Coast Guard” during the hurricanes in Texas, the Gulf Coast and Puerto Rico. He recognized the Coast Guard for rescuing 16,000 people in Texas after Hurricane Harvey, a number that he says few know or believe.

The First Lady jumped in to tell the group: “Happy Thanksgiving!” She smiled and waved with both hands as she spoke.

The President offered to take questions from the Coast Guard, although no one spoke up — which the President says he loves.

Thrilled to spend part of our Thanksgiving w the local Coast Guard station in Florida. Thank you to all members of the military who keep us safe! #HappyThanksgiving2017[2] pic.twitter.com/WKpDCoi2Rx[3]

President Trump also gave an encouraging Thanksgiving address to troops overseas on Thursday, praising progress in Afghanistan and against ISIS, and telling them they were fighting for “something real,” including a stock market at record highs and his promised “big, beautiful fat tax cuts.” Speaking by live video teleconference from Palm Beach, Florida, with military personnel serving in Afghanistan, Iraq and elsewhere, Trump told them they were “very, very special people.” He called the troops in Afghanistan “brave, incredible fighters” who had “turned it around” in the past three to four months. “We opened it up; we said go ahead, we’re going to fight to win,” he said. “We’re not fighting any more to just walk around, we are fighting to win.”

Trump stated that the Marines were inflicting “defeat after defeat” on ISIS and again credited his change of approach compared to that of the Obama administration. “They weren’t letting you win before; they were letting you break even. … They weren’t letting you win,” he said. That is very true. The rules of engagement have changed and military leaders are now being allowed to lead and achieve their objectives. We’re defeating the enemy now, not coddling them. This Thanksgiving for the military is a ‘winning’ one thanks to President Trump. We can all celebrate that and be thankful for it. 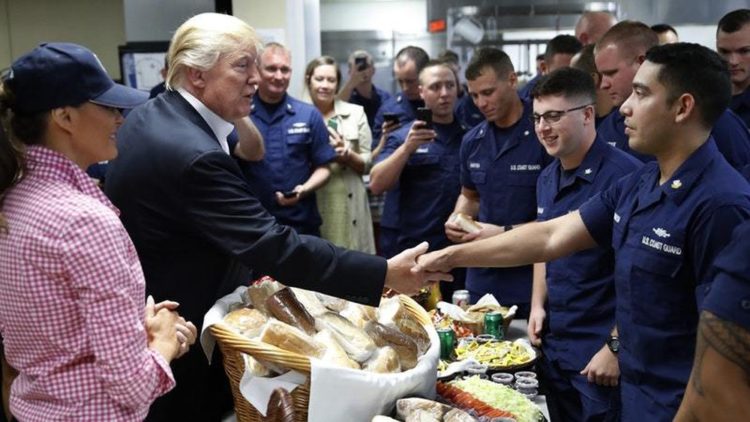 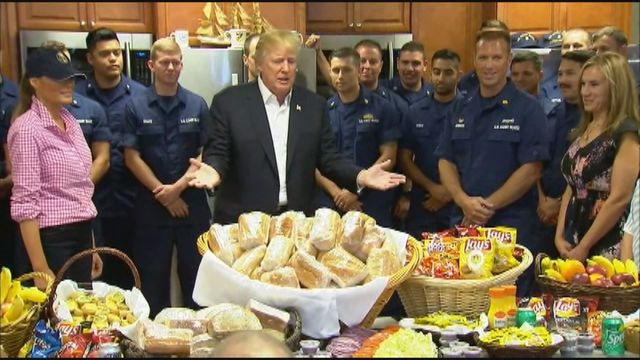 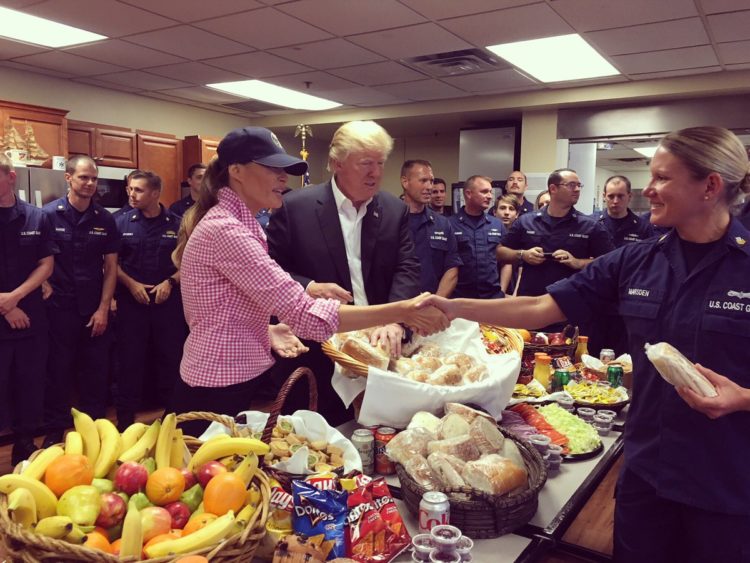