President Trump just did something that is incredibly thoughtful and the right thing to do. He delayed the departure of Air Force One in Indianapolis because he wanted to speak to a police officer who was injured while escorting him during his visit. You know, I remember Obama having a couple of officers and Secret Service guys hurt during his reign, but I never saw him do this. In fact, he didn’t do anything. Trump took the time to call and make sure this officer was okay… speaking with him and giving him encouragement before he left. It was a small thing, but huge to this officer and it says volumes about the President.

Officer Robert Turner was part of a police escort for President Trump while in Indianapolis. He crashed his motorcycle on I-70 and was rushed to the hospital where he was treated and fitted with a neck brace. After arriving at the hospital, he got the call of a lifetime from President Trump himself. “On behalf of the IMPD, we would like to take an opportunity to thank President Donald J. Trump for his thoughtful act in delaying his departure in Air Force One until he was assured that the officer injured in the motorcade accident was OK,” the Indianapolis Metropolitan Police Department wrote on Facebook. 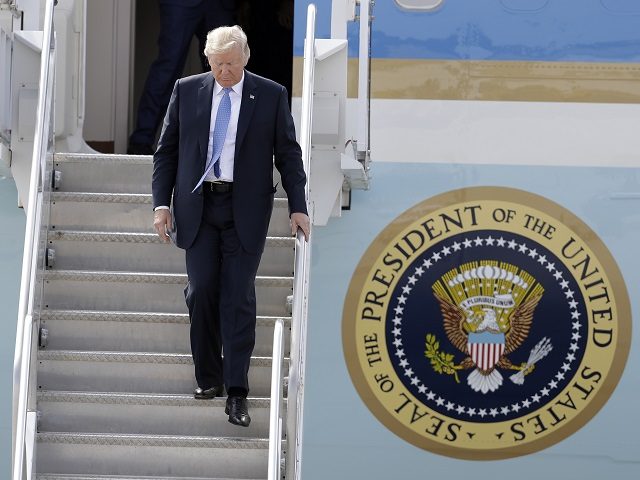 “Calls were made by his staff to Chief Bryan Roach checking on Cycle Officer Turner. President Trump even took the time to speak with Officer Turner after the accident, to check on him,” it continued. “Thank you for your compassion, concern, and leadership, Mr. President!” The White House confirmed the incident took place. They reported that the officer had suffered a broken ankle and a possible contusion. President Trump expressed his gratitude for the officer’s service and he wished him a speedy recovery. It was also confirmed that no one else was injured during the accident.

All of this happened towards the end of Trump’s visit in Indianapolis. While there, he announced his framework for his plan concerning tax reform. “It is time to take care of our people, to rebuild our nation, and to fight for our American workers,” Trump said during the visit. Trump claims it will restore the American dream for working families. We’ll see on that part. But what he did for this officer was one of the most thoughtful things I have ever seen a President do. It takes a tremendous leader to take the time to check on those around them when they are hurt, because they have to stop everything to do it. Reagan and Bush did that sort of thing and so does President Trump.

#BREAKING[2]: Thank you to @POTUS[3] for delaying wheels up to speak with injured Officer Turner. #ThankYou[4] pic.twitter.com/nJ1TtkP9Bx[5]