Presidential candidate picks up the phone, says this to police chief [VIDEO]

Donald Trump called the Chief of Police, Calvin Williams[1], in Cleveland to personally thank him for keeping the Republican Convention safe last week. That was the right thing to do. Williams had about 50 officers gather around and he put Trump on speaker so he could personally thank them. It’s always wonderful when someone recognizes the police and their efforts to protect everyone. 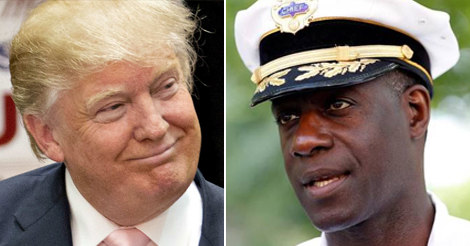 Williams received the call outside the Quicken Loans Arena, when the officers who worked as a bike patrol were gathered for photos and a media availability. Several officers crowded around the chief when Trump made the call, and Williams put the candidate on speakerphone.

“He just wanted to thank us, the Cleveland Division of Police and law enforcement here, for a nice safe week for everybody,” Williams said. “That it wasn’t like people predicted. Even not like he predicted.”

To give Trump credit where credit is due, he did laud the police during the convention and talked at length of stopping the violence occurring against them. I think that part is great… what I have issue with is how Trump is proposing to handle what he calls a ‘violent new reality’ here in the US. I think it should be addressed constitutionally… Trump thinks the Constitution isn’t always relevant[3]. I find that chilling and terrifying. However, regardless of whether you support Trump or not, thanking the police was a classy move.