Presidential Candidate is STILL a loser after pricey Michigan Recount. Look what she demands now!

Evidently[1], Jill Stein is now due a significant refund from the state of Michigan after the recount was halted. Michigan should have stated there were no refunds and kept the money as far as I’m concerned. In fact, the whole ludicrous event should never have been allowed in the first place, because she had no standing to call for a recount. But… Michigan’s Secretary of State is going to refund whatever wasn’t used in various precincts.

A full count of the number of precincts counted in 26 counties was not available from the state of Michigan Thursday, but in Wayne, Oakland, Macomb and Ingham counties, 1,364 precincts had been counted by the end of Wednesday for a grand total of $170,500. I imagine that Stein is screaming bloody murder for her money back. For all the hassle and upset she’s caused, she doesn’t deserve a refund. The media is all over it though claiming Michigan needs to pay up. Frankly, it’s none of their business and Michigan has already said they would refund unused monies to Stein. 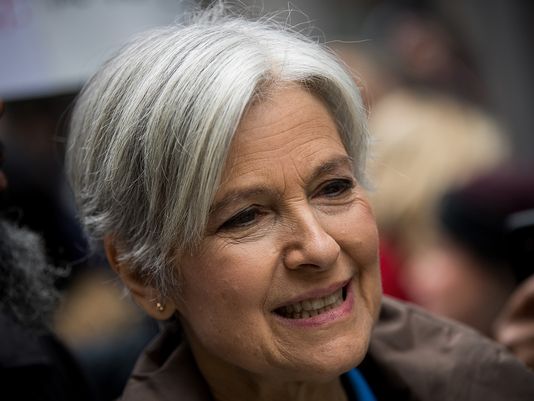 DETROIT — Green Party candidate Jill Stein is in line for a big check from the state of Michigan[3] after the recount she requested was stopped by a federal judge and the state Board of Canvassers after only three days of counting ballots.

Under state law, Stein had to pay $125 per precinct — or $973,250 — to count Michigan’s 7,786 in-person and absentee voting precincts. That check was delivered to state officials when she requested the recount last week.

Now, with only a fraction of the recount completed, Michigan’s Secretary of State is prepared to refund a portion of that amount, said Fred Woodhams, spokesman for Secretary of State Ruth Johnson. Stein will have to pay for the precincts in Michigan that were counted, but she will not be charged for the precincts that couldn’t be counted because of problems with the ballot containers.

When the recount was stopped Wednesday after a ruling from U.S. District Judge Mark Goldsmith, 26 counties had started counting their ballots.

“That’s fair, that we pay the fee for the ones that were counted,” said Stein’s attorney, Mark Brewer. “The law provides that for the precincts that were unrecountable, that she should get a refund.” Gee, for a communist, Stein acts very capitalistic when it’s her money… or rather money she scammed from Democrats.

That’s not good enough for this shrew though. Margy Levinson, a Stein campaign spokeswoman, said the campaign wants the full amount back from the state. And I would tell them to get stuffed. What a bunch of arrogant putzes. “In the event that the Supreme Court fails to act, we expect the $970,000 filing fee to be returned to the campaign,” she said. Stein and Co. are still screaming voter fraud in the state of Michigan and they are right… it’s just that the fraud is on the left. This will now be left up to the Michigan Supreme Court. I hope they smack her over all this. 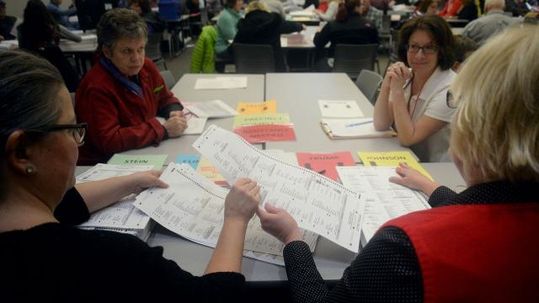