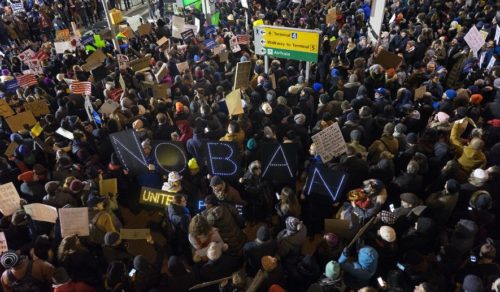 In yet another tiresome display of uninformed Liberalism[2], protesters are at numerous airports around the nation to show their disapproval of President Trump’s Executive Order to limit, for a time, travel from seven predominantly Muslim nations. Never mind that there are 46 other Muslim nations who are NOT on the list. But facts don’t bother the left. They apparently cannot grasp that terrorism is real and it will come to our shores if it can. And if and when it does, it will be from these nations with out of control terrorism problems. 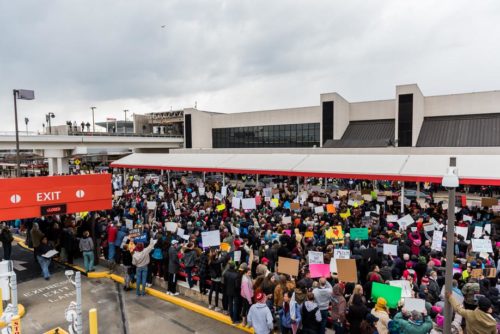 The protesters, who apparently have no jobs and too much time on their hands, want us to see these pictures (above) of their demonstrations at airports in places like New York, Seattle, Newark, NJ, Fairfax, VA, Denver, Chicago, Dallas, Portland, Los Angeles, San Francisco and San Diego. They want us to see their rage and to open up the floodgates to anyone and everyone who wants to come to the US. 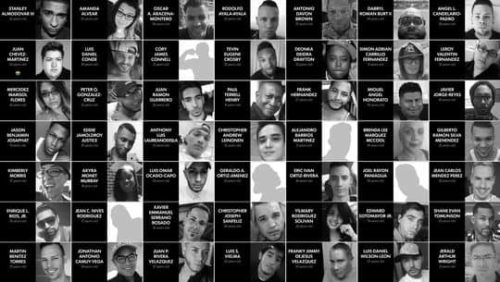 But what they don’t want to be reminded of is the truth of the two pictures above and below this paragraph. They don’t want us to remember how many, 49 souls, were shot in cold blood in the Orlando Pulse nightclub shooting (above) and how many, 14 more souls, were murdered at work during a holiday party in San Bernardino (below)…by TERRORISTS. Yes, once upon a time, the shooters in these cases were either immigrants or children of immigrants from nations that either sponsor terror or allow it to flourish. And all of these shooters were ISIS sympathizers. And that is why it is necessary to look more closely at some immigrants and visa holders. American Liberals; wake up. It is not a right to come to the US, it is a privilege earned by passing a background check and meeting certain criteria. Go home and stop harassing travelers at airports. Find something constructive to do, like helping some immigrants in your own neighborhood who are already here legally. Put your actions where your mouth is. 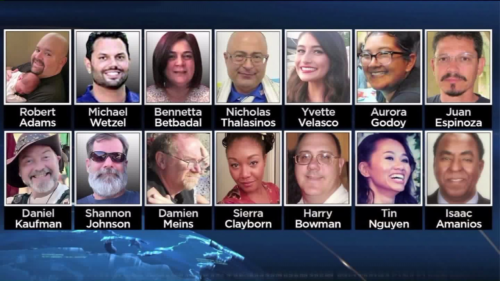