If Rachel Maddow[1] wasn’t such a biased, insane liberal asshat, I might actually feel sorry for her. She hyped what she thought was a monster scoop last week. Not only was it a flop, but Trump scooped her scoop by releasing his tax documents before she went live. She was outsmarted yet again by The Donald, a man she has repeatedly called stupid. Then what does that make you Rachel? Hmmm? Her ratings for the night of the reveal went through the roof, but after everyone found out it was a nothingburger, her ratings tanked. No… scratch that… they CRATERED. Serves her right.

I hear MSNBC is royally ticked at Maddow. I don’t know if this will prove fatal to her show, but it sure made her look like a day old cow pie left in the sun to dry. Ever since the great reveal, things have just gotten worse and worse for Maddow. Trump is now making noises about suing her and he is claiming what she did was illegal. I would have to agree on that point. 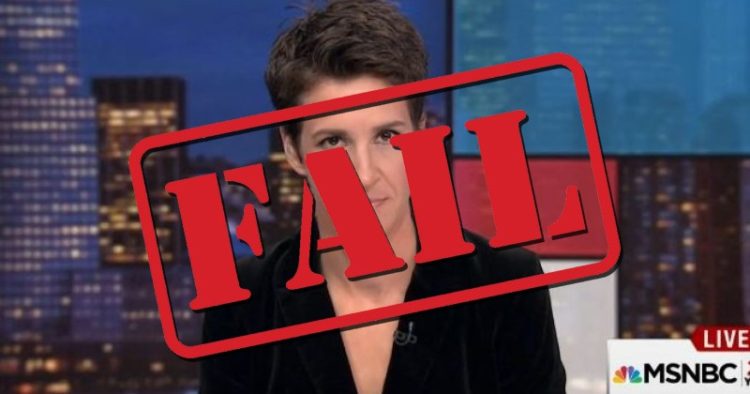 Mediaite reported[3], on Friday of that week, Maddow drew 2.403 million total viewers and 549,000 in the key 25-54 demographic. Those numbers did not just win her time slot, beating Fox News’ Tucker Carlson Tonight and CNN’s Special Report, but she was tops in all of cable news primetime in both total and demo viewers.

In fact, Friday night represented the third straight night she defeated Tucker Carlson Tonight head-to-head. (To be fair, one of those nights Fox News had a guest host.)

But! As we all know, the bigger they are, the harder they fall.

After receiving (fully-justified) roasting for the ridiculous unveiling of Donald Trump’s tax returns, it appears that viewers have deserted Maddow in droves.

The episode was down -36 percent in total viewers from Tuesday, and down -9 percent in total viewers from the previous Wednesday. The audience decline was even sharper when it came to adults 25-54, a category which includes marginal TV news consumers who are more likely to watch when there’s a noteworthy event transpiring. In the A25-54 demo, Wednesday’s episode was down -54 percent from Tuesday, and down -16 percent from the prior Wednesday.

In the key 25-54 demographic last week, Maddow not only beat ratings champ Tucker Carlson, she nudged out Bill O’Reilly and topped all cable news rankings. But her plunge was epic and now she’s scraping the bottom where her show rightfully belongs. As you can tell, I’m not a fan. That really, really had to hurt last week though. Ouch.

Now, MSNBC will settle back into a handful of viewers and obscurity. They have become the joke they are once more. Bias masquerading as journalism and bad, tacky journalism at that. Someone even mistook Maddow for a man last week. But no one will mistake her for a real reporter, that’s for sure. 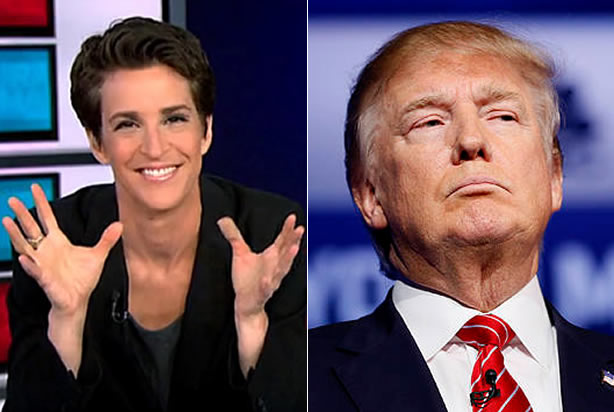