What we have witnessed[1] in the Middle East in the last few years under Barack Obama’s watch is nothing less than a genocide against Yazidis and Christians. Obama did nothing to stop the enslavement and slaughter of thousands. President Trump has called for a ban on refugees from seven countries until extreme vetting can be put in place, but it makes room for those experiencing religious persecution to still come to the US… that would be Yazidis and Christians. The left is apoplectic over it, calling this a ban on Muslims. No it is not. It is a temporary refugee freeze and Muslims are not a persecuted minority here.

I think the left would just as soon all the Yazidis and Christians be wiped from the face of the earth. They are all in for Muslim refugees, but have deliberately excluded those at risk the most… all because they are the wrong religion. That’s downright evil in my book. Yazidi refugees are rightly asking why no outrage while their people were being massacred and why the staunch efforts to make sure they are killed off. I don’t blame them in the least. I’d like to know the answer to that too. 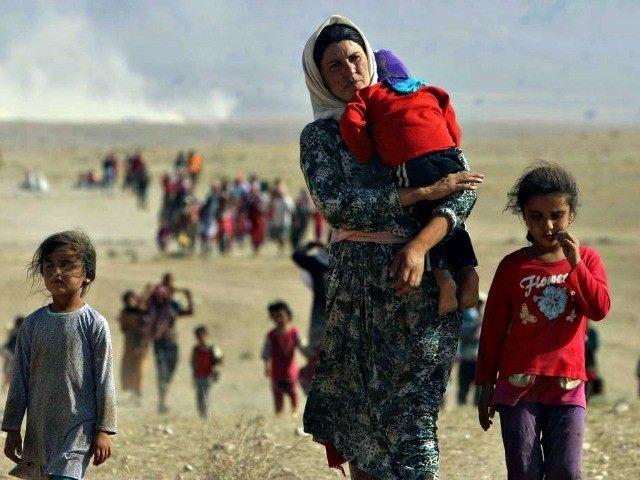 Outrage over President Donald Trump’s executive order prioritizing refugee claims by persecuted religious minorities has puzzled activists from Iraq’s Yazidi community, who note the lack of major protests against the brutal massacre of thousands of Yazidis and Christians by the Islamic State.

Former President Barack Obama’s administration and the United Nations recognized that Yazidis, Christians, and other ethnoreligious minorities in the Middle East have been victims of genocide[3] at the hands of the Islamic State (ISIS/ISIL).

The order, which has sparked protests and outcry across the nation, does not identify religious minority groups by name. However, Michael Short, a White House spokesman, told Breitbart News,“Yazidis would be covered under the EO as they are a persecuted religious minority.”

US District Court Judge James Robart in Seattle has issued a ruling that temporarily blocks Trump’s order, which the Trump administration argues is primarily intended to strengthen national security. Now, there may be an extended battle in the courts and it may go all the way to the Supreme Court. Meanwhile, these people are dying. They are being cleansed systematically from the face of the earth while leftists play obstructionist and defend terrorists.

Yazidis overwhelmingly support the executive order and contend it is not a Muslim ban. Echoing Iraqi Catholic Archbishop Bashar Warda, Mizra Ismail — a Yazidi activist with the Yazidi Human Rights Organization-International, said this in regards to the order:

My first question for those protesters is: where were they when ISIS was committing genocide against the Yezidis and Christians in Iraq and Syria? ISIS killed and kidnapped thousands of Yezidis, mostly young women, girls and children. The ISIS jihadists also beheaded many Yezidis and Christians openly in the most brutal way and posted their videos on social media.

Others came out in support of the order as well. It breaks my heart to watch these people suffer and die and not be able to do a thing to help them. Every death is now blood on the hands of the left. After the 120-day ban on refugees, the Yazidis and Christians would be at the front of the refugee line to come to the US. And yet, leftists like Diane Feinstein decry the unfairness to Muslims. I’d like to ask her how she sleeps at night in her mansion as Yazidi women and children are raped over and over again after their men are executed. Feinstein, who is all safe and snug in her fortress while children are brutalized and slaughtered by monsters. Shame on her and the left for this. 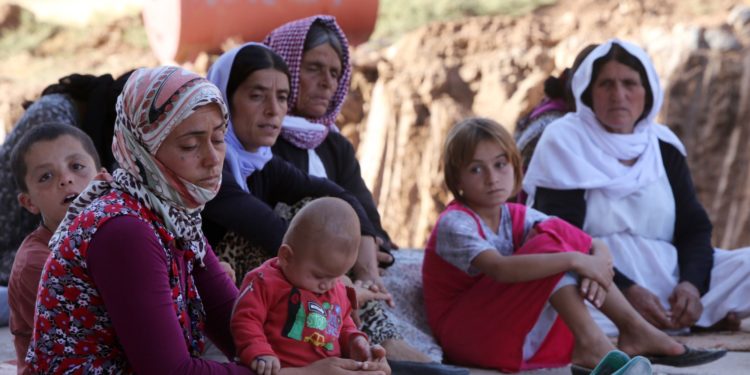