Romanian President To NATO Countries: We’re Increasing Our NATO Contribution Because Of Trump 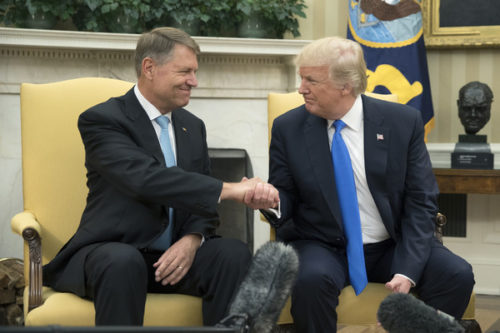 President Trump ran his campaign promising to get our fellow NATO[2] nations to start paying their fair share. Up to this point, many of these nations have been relying on the US for military protection, but failing to help pay for their own defense. Since Trump has taken office, several nations have begun paying what they should, including this newest one, Romania, which upped their percentage from 1.4 to the full 2% requested by Trump.

The President of Romania, Klaus Iohannis, has said that they intend to pay the fair amount because of their respect for President Trump. Iohannis said, “I was in Brussels, and I met President Trump. I listened to his speech, and I liked it, because you see NATO is based on values, but it is ultimately military alliance.” 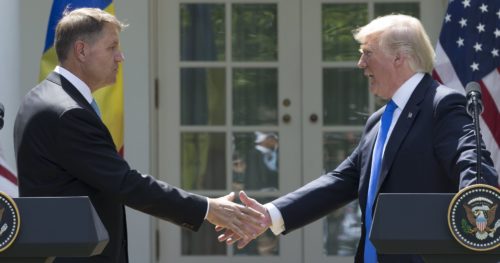 He continued, “And you know, military spendings are complicated, and you need a lot of money, because NATO is the strongest alliance the earth ever saw, and we want to keep it that way, so we have to spend money for defense purposes. And spending money means if you’re in alliance, everybody has to spend money. This is called burden-sharing, and I fully agree, Mr. President, to that.”

Iohannis added, “So of course, some people liked this better, and some didn’t like it so much, but It’s a simple fact that we have to do this.”

Trump is gaining respect around the world with many nations. And yes, there are some petulant world leaders who openly mock him. But that is their mistake. When they need defense, who will they turn to? That’s right, the US. And they need to be on good terms with our President as well as paying their fair share of the cost of that defense.

Good on Romania for stepping up to do their part. They may be small, but they are to be commended for their stand.