All eyes were on Congress yesterday, as FBI Director James Comey testified before the House Intelligence Committee. Comey confirmed that the FBI was investigating potential ties between Russia and the Trump campaign, and also denied any evidence that Barack Obama wiretapped Trump Tower. Rush Limbaugh, however, noticed something potentially more sinister. 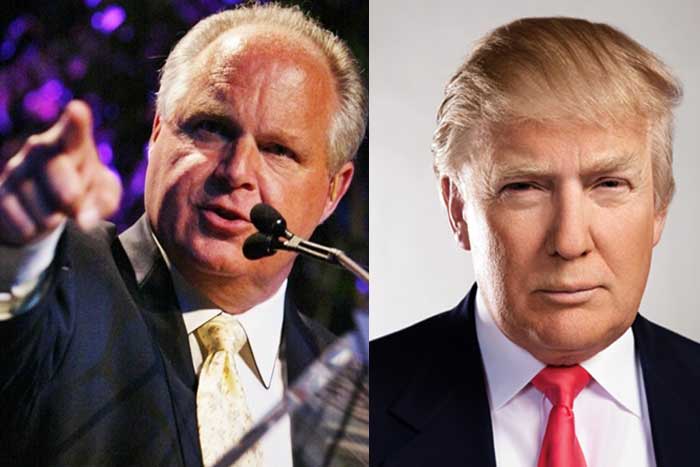 According to Rush, the testimony from Comey and NSA Director Michael Rogers was meant to serve as a warning to Donald Trump, but not from Democrats — from Republicans. He claimed that while Republicans asked good questions during the hearing, their goal was to show Trump that they needed to let the establishment run D.C., or face impeachment.

“These hearings today, what happened last week and the week before that, what happened during the transition period,” Limbaugh said. “What all of this is can be explained simply by saying, ‘Look at how terrified they are in the Washington-New York establishment, of Donald Trump and draining the swamp.'”

“The Never Trumpers on both sides of the aisle. There are conservative Never Trumpers today celebrating over the fact that Comey made it official that there’s an investigation of Trump and colluding with the Russians,” he continued. “That’s the message being sent today: ‘You either straighten up and fly right or you’re gone. We’re coming for you,’ is the message of these hearings today.”

Trump ran on a promise to drain the swamp in Washington, D.C., so seemingly, Republicans could be intimidated. But there’s been nothing so far to indicate Trump is actually doing anything to upset the establishment — indeed, Trump has long been a member of the establishment himself — so the dire warnings being issued are likely over nothing.

But while Republicans may not have anything to fear in regards to “draining the swamp,” it’s still no secret that Trump is not beloved by the GOP. Do you think he should be worried?