As President-elect Donald Trump sets up to take office on Jan. 20th, political big shots[1] from both sides of the aisle have been deciding how they will approach the new administration. 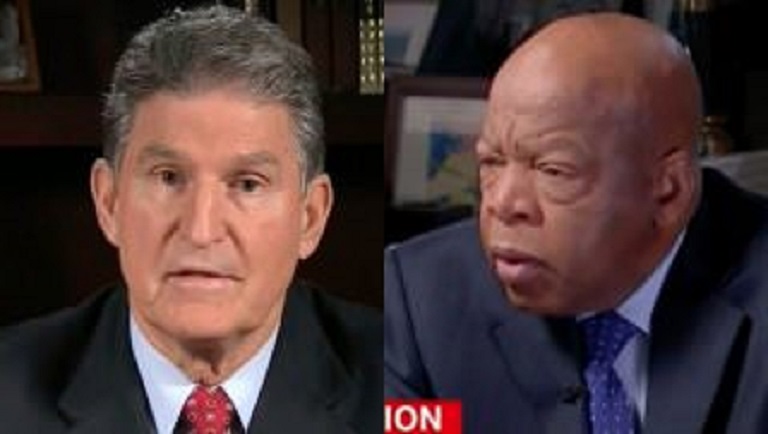 Democrat Rep. John Lewis of Georgia took the approach of calling Trump out as not a “legitimate president,” which drew the criticism of someone completely unexpected — another Democrat.

West Virginia Sen. Joe Manchin admonished his Democrat colleague on Friday and stood up for Trump while also underlining the importance of evidence and at the same time, uniting as a country.

Lewis told NBC’s Chuck Todd that he didn’t believe Trump legitimately won the presidency fair and square because of claims that Russian hackers had such a strong influence on the election — claims that not only have not been proven true, but also have zero evidence whatsoever to substantiate them.

Although Manchin said he thought the world of Lewis and considers him a true friend, he took issue with the Representative’s belief that Russian interference cost Democrats the election.

“There is no doubt the Russians were involved in hacking, they were responsible for the hacking. But there is no credible evidence showing that they intervened and had one iota to do with the outcome of the election.” 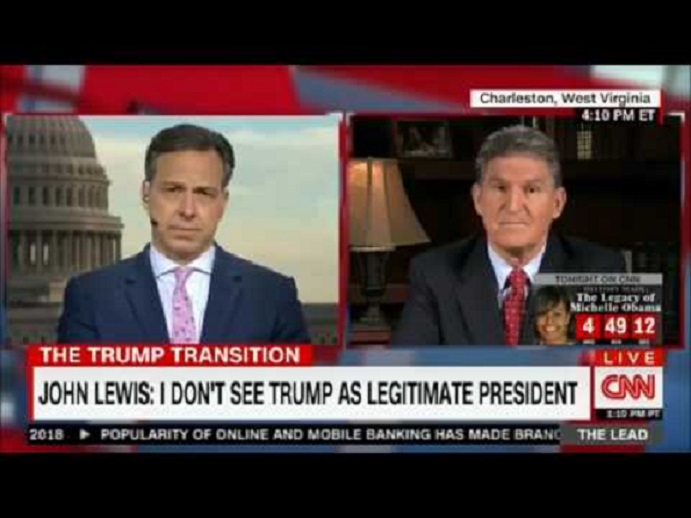 The senator also made it clear that Trump’s overwhelming victory in Manchin’s home state of West Virginia could not be ignored and is evidence of why the President-elect’s triumph was legitimate, even if he and Lewis didn’t agree with his policies.

“Donald trump won West Virginia by over 42 percent. I can assure you the Russians had nothing to do with him winning by 42.”

Manchin also expressed his desire for politicians and voters to put aside political differences in order to “move on” and into the future.

“We’ve got to come together as a country.”