Melania Trump is officially the First Lady of the United States, but what will her role be? That is becoming less and less clear. Initially, Melania said she would be remaining in New York City at least until summer, so her son, Barron, could finish out his school year. But could she be staying there permanently now[1]? 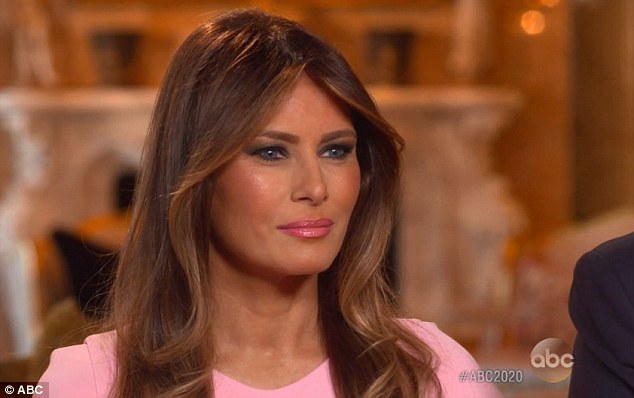 It turns out that Melania may keep her residence at Trump Tower in Manhattan, while her husband lives in the White House in Washington, DC, a situation that evidently does not bother Trump. Trump was interviewed by David Muir of ABC News and said he was comfortable with the arrangement the two of them have.

“Does it make it a lonely place for you, at the end of the day?” Muir asked Trump. “No, because I end up working longer. And that’s okay. I mean I’m working long hours. I mean the country has a lot of problems. It has a lot of problems,” Trump answered. “And yes, Barron’s getting out of school in another three months. And to take him out now is very unfair. He’s very young. Very — very, very young. And people think because he’s so tall that he’s 16 years old. But he’s 10. He just turned 10. But he’s a great boy. But we wanted him to finish up school where he is.”

“They will reevaluate toward the end of the school year if they will keep this arrangement or if Melania and Barron will move to Washington,” the source said. “They could go either way right now. They will ultimately do what’s best for Barron.” For now, Melania and Barron are flying to DC on weekends, a flight which takes less than two hours from Manhattan.

Do you think Melania and Barron should stay in Manhattan, or move to Washington, DC?