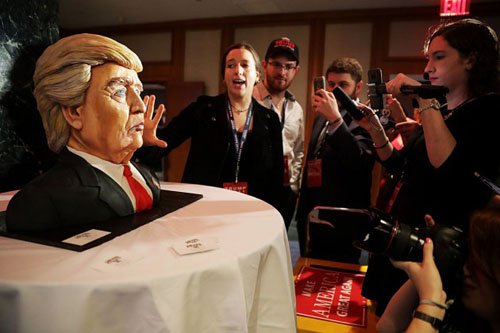 The GOP could not have come up with a worse candidate if it tried. Yet here we are. Shrillary was that awful.

The list of reasons to be appalled is too long to enumerate. First on it, even before the effects on the economy, foreign policy, and freedom, is the prospect of witless Sean Hannity types crowing like roosters until this outlandish farce inevitably collapses in a flaming heap — and probably even afterward.

But there are silver linings:

• We can watch moonbat heads explode.

• The irresponsible talk radio blowhards who midwifed this monstrosity will have to contort themselves into ever more ludicrous knots excusing everything Trump does.

• If Trump meant even a fraction of what he has said since he started posing as a conservative a year ago, he might at least try to get immigration under control.

• Although Scalia-caliber Supreme Court nominations are unlikely from a man who prizes obsequiousness above all other qualifications, he can’t help but do better than a Democrat would.

• Obama gets the legacy he deserves.

• The need to start a new party that represents genuine conservatives has become obvious enough to get people motivated.

The question now is whether any grownups will be in a position to temper Trump’s notoriously unbalanced personality. Don’t expect the Republican Congress to put up resistance, even if he turns on his heel again and goes back to his former left-liberal ways.

This won’t end well. But in the meantime, at least we can enjoy the entertainment value — which appears to be the top priority for voters. 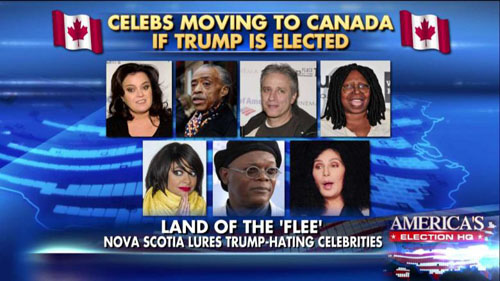 On tips from Varla, Ben S, Bodhisattva, and Mr. Freemarket. Cross-posted at Moonbattery.