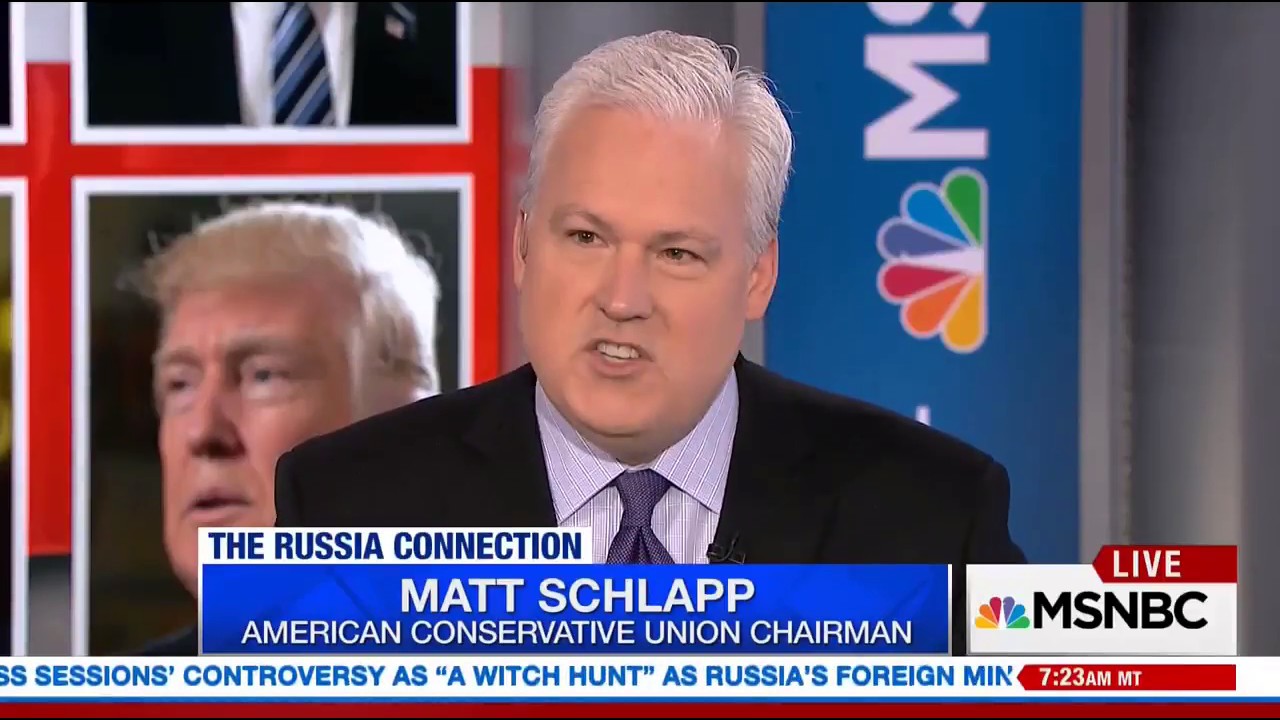 The Daily Caller posted[3] the video that showed Ruhle make her position known that she supports an investigation into U.S. Attorney General Jeff Sessions’ alleged “talks” with Russian officials.

The one-on-one battle came just days after a news conference in which Sessions stated he did not talk about President Trump’s campaign during his conversations with the Russian envoy.

“What happened in those conversations that you’re so worried about?” Schlapp asked the MSNBC host.

“I want to understand more,” Ruhle responded. “Mike Flynn had to resign over this?”

That’s when Schlapp had to correct her false information. “No, he had to resign over the fact that he wasn’t forthcoming with the Vice President that he might have discussed sanctions. I want to know why are you concerned when an ambassador talks to a senator? You want to know the context?”

Watch Schlapp take her apart in the heated exchange below:

Ruhle quickly realized she was in over her head and drowning in her own false information, so she then brought up the talks Trump’s son-in-law, Jared Kushner, may have had with Russia during the presidential campaign.

“If a meeting took place during the transition with Jared Kushner, one of the president’s closest advisers and son-in-law, why didn’t we know about that during transition!” Ruhle argued.

Schlapp once again came swinging back at Ruhle:

“So all these ambassadors have had all these same conversations with the Hillary campaign and with key Democrats. It’s what ambassadors do. When you have a transition, it’s a transition by the way, partially paid for by the taxpayers — because you’re transitioning to governing. My guess is that the transition had a whole slew of meetings, and I think it’s good that they have as many meetings as possible.”

Don’t you love it when level-headed reason and facts prevail?