I’ve seen a lot of really low blows[1] this election cycle, but this one takes the cake. SNL writer Katie Rich tweeted possibly the most reprehensible thing I’ve ever seen and that’s saying something. “Barron will be this country’s first homeschool shooter,” she wrote. I believe in free speech, but that is going way too far. Frankly, SNL should fire her for that. She has now protected her Twitter account so only tweets that are approved by her can be posted. She also deleted the abhorrent tweet after three hours of it being up for everyone to see and comment on. And boy, did they. I agree with Warner Todd Houston… she’s inhuman scum.

Can you imagine the meltdown if this had been said about Obama’s kids? Hell, Secret Service would have been at her door over it. Let’s put aside that she’s an idiot… Barron is not home schooled… he goes to a private school. His family does love their Second Amendment rights and they are very responsible. I don’t know if they have even taught him how to shoot yet. Regardless, he would never shoot a bunch of people. He’s a little boy for God’s sake! What’s wrong with you people? 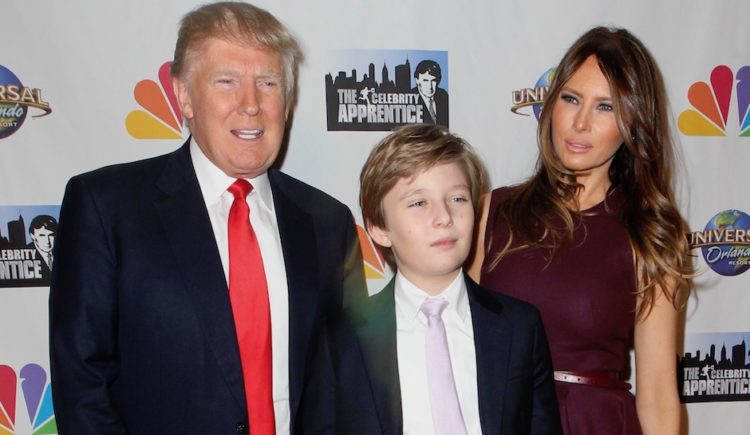 Liberals have been criticizing President Donald Trump for over a year now that his tweets[3] are too insulting towards people and that he needs to calm his rhetoric down.

In yet another brilliant example of liberal hypocrisy, “Saturday Night Live”[4] writer Katie Rich took to Twitter on Inauguration Day and sent out a disgusting tweet about Trump’s 10-year-old son, Barron.

“Barron will be this country’s first homeschool shooter,” she wrote.

Besides being wrong on the crucial fact — Barron Trump isn’t being home-schooled [6]at all — the tweet was utterly sickening from the perspective of human decency. But of course, places like CNN[7] aren’t doing anything about it.

Saturday Night Live was already not very funny anymore and it is no wonder with writers like this sea hag. Barron Trump is a ten year-old boy who loves his parents and his family. He’s innocent and he’s only guilty of having the last name of Trump. Which by the way, he should be proud of.

This seems to be a sickness with the left and liberals in general. They are so deranged over Trump they don’t care who they hurt. It’s evil and vile. Children used to be off limits in politics. That was until Donald Trump was elected by the will of the people.

They will keep doing this over the next four to eight years. This is going to be a long war. I hope the Trump’s help Barron to deal with this hate… they are good parents and I know they will. As for SNL, boycott them. 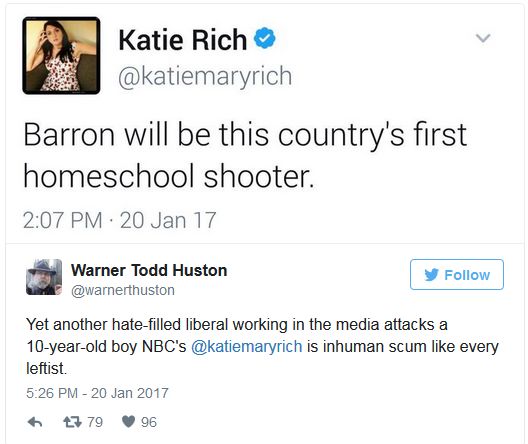 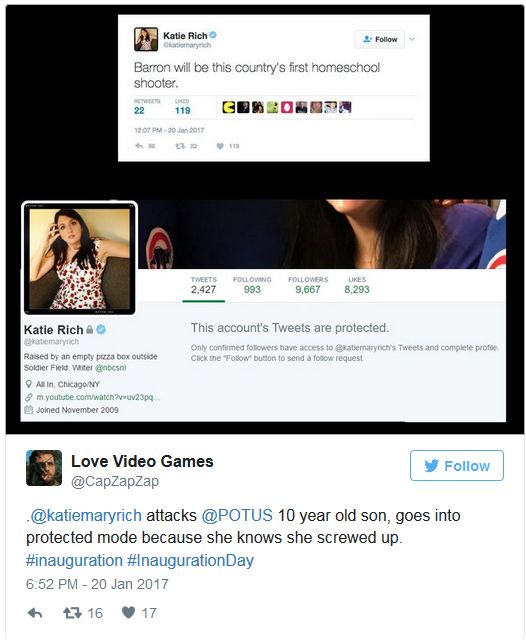 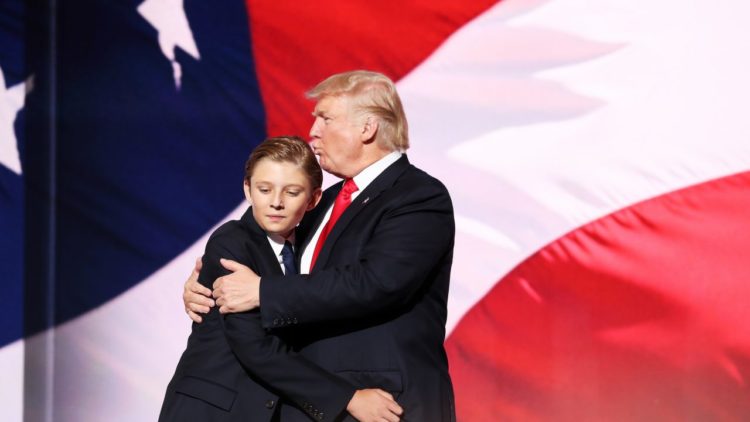