President Trump[1] is definitely draining the swamp. I just hope he’s not flushing some of the good with the bad. He has trimmed almost 11,000 jobs from the federal government. He’s keeping his promise on that front. And it’s just the first six months of the Trump administration. That’s a far cry from the 60,000 workers added to the federal payroll under Barack Obama. Cutting unneeded bloat in jobs at the federal level was one of the primary reasons Trump was elected. And he seems to be doing a great job of it.

Cutting the dead wood here is no easy feat. It should be praised because it doesn’t make things easier for POTUS by any means. Hot Air points this out: “A July jobs report released by the Bureau of Labor Statistics Friday showed non-postal federal agencies employed 2,188,900 workers at the end of the month, down 2,200 from June and 10,700 from January, when Trump took office. President Trump has prioritized shrinking the civilian workforce, issuing an executive order — and follow up guidance through the Office of Management and Budget — calling on agencies to develop short and long-term strategies to cut employees. Agencies turned in preliminary drafts for those plans on June 30, which also required leaders to spell out what steps they have already taken to trim their rolls.” This is a task on a par with cleaning out the Augean Stables. 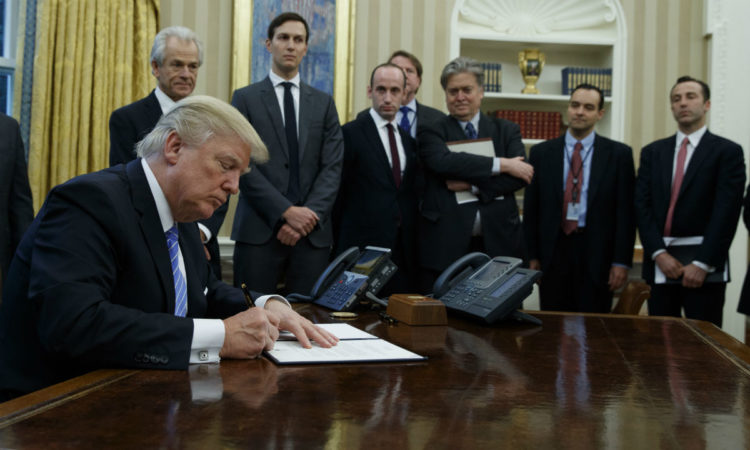 Whatever promises President Trump made that he hasn’t kept as yet, there is one that he is definitely keeping; trimming the bureaucracy in Washington.

According to Government Executive reports[4], nearly 10,000 federal employees have been cut from the payroll in the first six months of his presidency.

Government Executive states: “A July jobs report[5] released by the Bureau of Labor Statistics Friday showed non-postal federal agencies employed 2,188,900 workers at the end of the month, down 2,200 from June and 10,700 from January, when Trump took office.”

The 2013 sequestration triggered by the 2011 Budget Control Act forced agencies to cut roughly 57,000 jobs, the largest plunge in any single year since 1997.

As Jazz Shaw pointed out[6] at HotAir:

Over the past two years there were a total of 50K federal workers added to the previous staffing levels in 2015 and 2016. Barack Obama added 60K in his first six months in office and George W. Bush inflated the rolls by 36K during the same period of his first term.

There are over 200,000 employees in the federal government. Trump has reduced that by just over 5 percent. I would wager there will be a lot more before he’s done too. Perhaps he’s taking a memo from Calvin Coolidge after all. It’s rare as hen’s teeth to see the number of federal employees drop and this was a major cut to their numbers. The President is to be commended for it.

I may not agree with Trump on everything and we are all still waiting on the wall to materialize, as well as tax reform and healthcare. But when it comes to trimming federal fat in the jobs department, Trump has kept his word and is still eliminating positions. The left decries this as the end of the world. No, it is a truly conservative move and very prudent. It’s the mark of a presidential leader in fact. 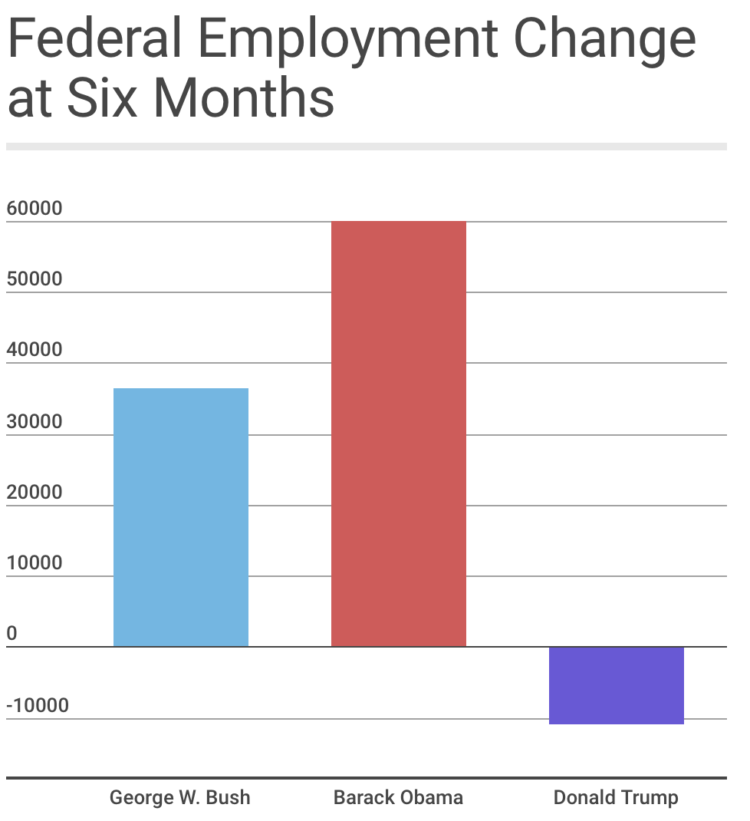 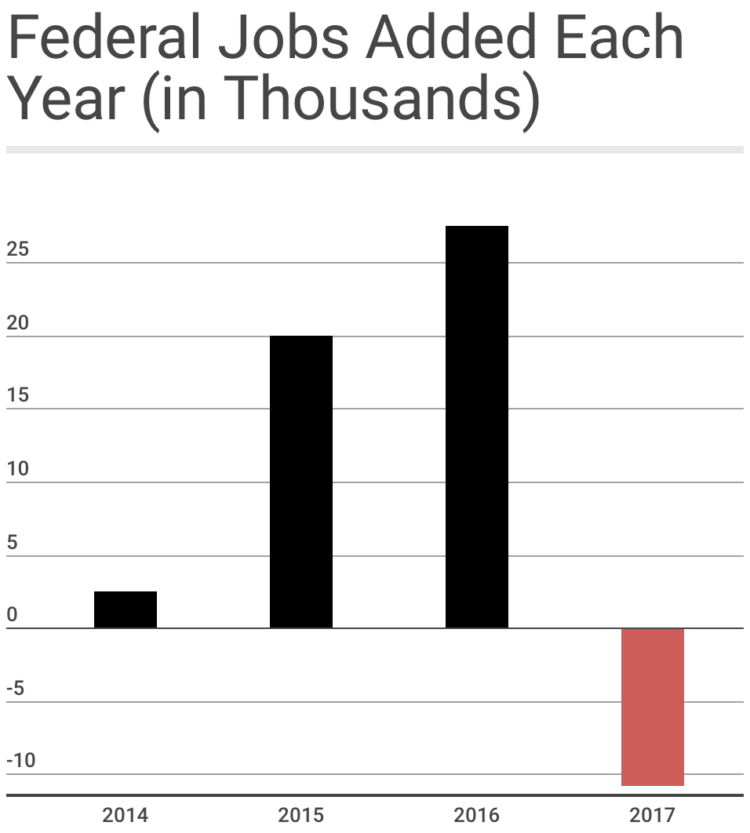