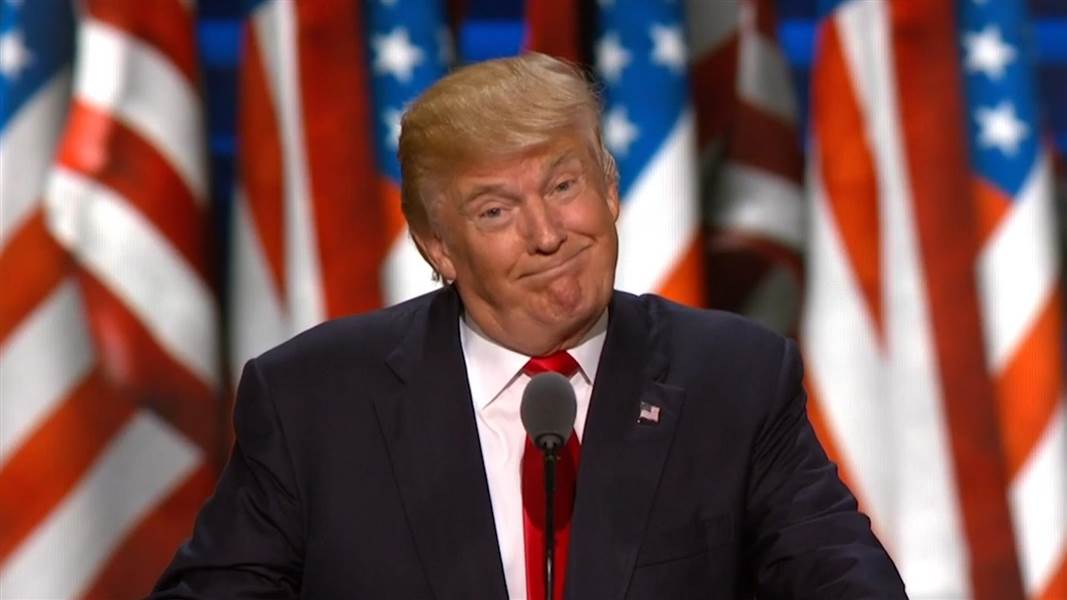 President Donald Trump has decided to involve himself in sports

(The Hill[2]) Steph Curry fired back at President Trump for disinviting him from the White House earlier Saturday, saying it was “beneath” his position to publicly attack him.

The Golden State Warriors star said it was “surreal” for him to wake up and see that Trump had revoked his invitation to the White House on Twitter.

“I don’t know why he feels the need to target certain individuals rather than others,” Curry said.

“I have an idea of why, but, it’s just kind of beneath, I think, a leader of a country to go that route. It’s not what leaders do.”

Trump is facing backlash for uninviting Curry from the White House in a tweet early Saturday. Several star athletes like LeBron James have criticized Trump for the move, with James saying that Trump was using sports to divide the nation.

This is over Steph Curry saying he wouldn’t go to the White House, meaning he started this issue first. And this from the Washington Post[3]

President Trump turned professional sports into a political battleground Friday night into Saturday, directing full-throated ire toward African American athletes who have spoken out against him and prompting a sharp rebuttal from the National Football League and several prominent sports figures, including the first Major League Baseball player to kneel during the national anthem[4] .

In a span of roughly 12 hours, as the sports world would typically be gearing up for college football and baseball’s pennant races, Trump ensnared and agitated the most powerful sports league in North America and angered NBA superstars Stephen Curry and LeBron James. His comments set the stage for potential mass protest Sunday along NFL sidelines.

At a political rally Friday in Huntsville, Ala., Trump called on NFL owners to release players who demonstrated during the national anthem in the manner of former San Francisco 49ers quarterback Colin Kaepernick, who knelt last season to draw attention to police violence against African Americans. Saturday morning on Twitter, Trump rescinded a White House visit invitation to Curry of the NBA champion Golden State Warriors, although it is unclear whether the Warriors had been invited in the first place.

Of course, the usual suspects are saying this is a dark racial sentiment[5], that this is racial demagoguery[6].

Now, we can debate the merits of the spoiled, entitled athletes who kneel but do little to nothing in the black communities which have crime rates well beyond their population percentage, poor education standards, and low economic standards. We can debate athletes and teams refusing to go to the White House. They are legitimate issues.

What we shouldn’t be debating is Trump involving himself in such a manner into sports, nor blasting private citizens engaged in their 1st Amendment Rights, nor calling out specific citizens in such a manner. Why? We all damned sure called out Barack Obama when he did the same, did we not? I sure did. I had a big problem with Boston Bruins goalie Tim Thomas refusing to go the White House after the Bruins won the Stanley Cup just because Obama. What Trump did was beneath the office of POTUS.

Now, we all know that the same Liberals and their news media had no problem with Mr. Obama blasting private citizens, companies, nor entities. Nor blasting police officers with no facts or wrong facts. They had no problem with Obama targeting conservatives via his IRS. Nor did they have a problem when Obama was insulting/throwing[7] under the bus all sorts of people and groups (the list was getting so long I stopped years ago.)

I said it during the primaries and general election, Trump needs to understand who to attack and who to not attack. He needs to understand the propriety, which is much bigger now that he is president. Vox Day wrote in his fantastic book about dealing with SJWs[8] that people need to understand when to attack. Many on the Trump train may like what Trump is doing now, but, they should ask themselves the question “would I be mad if it was Hillary doing this? If she was attacking my side from the platform of President? Would I find this beneath the office?”

Now, regardless of what people think, Trump seems to have a plan whenever he does crazy things. Perhaps he has a plan that we do not see for this. Perhaps he’s attempting to get people to talk about race and race relations. It doesn’t matter. The spirit of the First Amendment is that Government should not assault private citizens and entities for engaging in their Rights. Trump needs to take a chill.