The Donald Trump fans are a mixed bag. Most of them are patriotic Americans with legitimate concerns and grievances about the dysfunction, and worse, of the federal government who sincerely believe that we need somebody successful from outside of government to fix the problem. Some are Trump fans because they don’t fit in anywhere else.

But if that’s true of Camp Trump, it’s also true of Camp Anti-Trump. Some of the vitriol aimed at the real estate magnate is creepier than anything else you’ll find[1]… 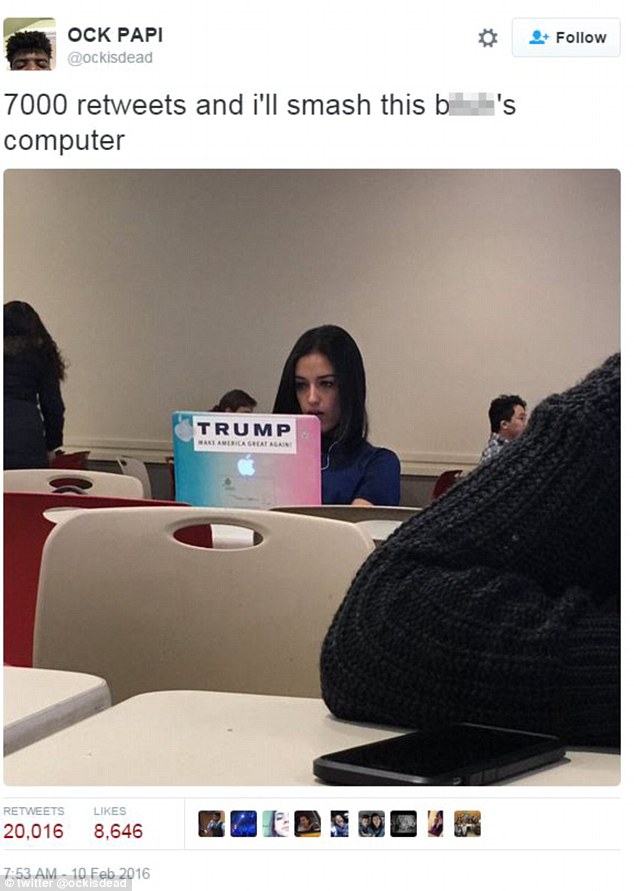 A student has been condemned online after threatening to smash a classmate’s computer because it had a Donald Trump sticker on it.

The man, identified online as Clifford Durand, a student at St John’s University, New York, posted at 10am threatening to ‘smash this b**ch’s computer’ if his message was retweeted 7,000 times.

After the message went viral, attracting more than 20,000 shares as of Wednesday evening, Durand boasted about getting into a fight with the girl, who has yet to be identified.

In a now-deleted message at around 4pm, Durand wrote: ‘She threw her Starbucks at me and got shoved in the neck.’

According to students at the college, who spoke to the New York Daily News, the fight broke out in a corridor after the woman saw the message about her.

Sources told the news site that the woman asked for the post to be taken down, to which Durand responded ‘make me’.

Here’s the moron in question… 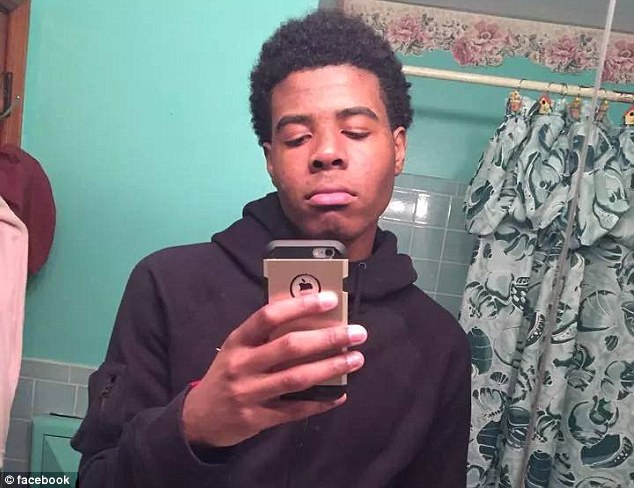 St. John’s is a pretty good school. It’s surprising that you’d have this level of savage behavior there. But on the other hand, that’s what you can often expect from today’s Democrats when they disagree with you.