‘Taxes Should Be Raised On The Wealthy’ – Guess What GOP CANDIDATE Just Said THIS! [VIDEO]

Three guesses on this one. First two don’t count. 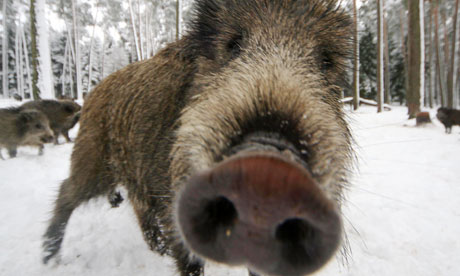 The thing of it is, if Trump is your candidate it’s a bit like keeping a wild pig in your house. You’re never going to be quite sure what the pig will do, except you can count on the pig pooping on your floor sooner or later[2].

You have to know that running as a Republican a statement like this isn’t going to earn you support.

“The wealthy” create jobs, meaning they bring in more money after taking a risk in starting an operation, and they shouldn’t be punished for doing so.

Taxing “the wealthy” will give people less incentive to start their own business and become successful in the first place.

How hasn’t he figured that out?

Who is he pandering too?

Does he really think he’s going to win the support of liberal voters by saying this?

As a purely populist exercise, saying that it’s OK to raise taxes on the rich might not be a terrible idea. American culture has been so poisoned over the last several years that wealth redistribution isn’t the negative it used to be. The Obama administration has made it harder and harder to practice capitalism, so the country is less capitalist than it used to be.

But Trump’s draw is supposed to be that he’s a businessman and he knows how to get the economy going. Soaking the rich at a time when they’re already paying a more disproportionate share of the tax burden than they’ve done in a long time – at the same time income inequality is supposedly a growing problem – isn’t good economics and it won’t generate growth.

Rich people need to be encouraged to make investments that will reverberate through the economy and create jobs, and when the government is grasping at the profits from such investments it affects economic behavior. The rich will, rather than investing in small and growing businesses, stick to blue-chip stocks and things like tax-free municipal bonds. They’ll earn decent, safe returns and their capital won’t trickle down to the creation of jobs for the people who need them. Which is our 21st century economy in a nutshell.

You’d think that Trump would understand this, but he doesn’t. Just like every other issue of importance in this campaign he shows a complete lack of depth and understanding.

He’s the wild pig you’re trying to keep in your house. And he just made another mess for you to clean up. Are you ready to put that pig out into the yard yet?