Long before Donald Trump decided to pretend that he was some kind of cowboy outsider super-conservative, he was a corrupt establishment liberal, happily schmoozing it up with big-name Democrats and especially close to the Clintons. So right before the Iowa caucus votes, Ted Cruz has released an ad pointing all of that crony capitalist deal-making. 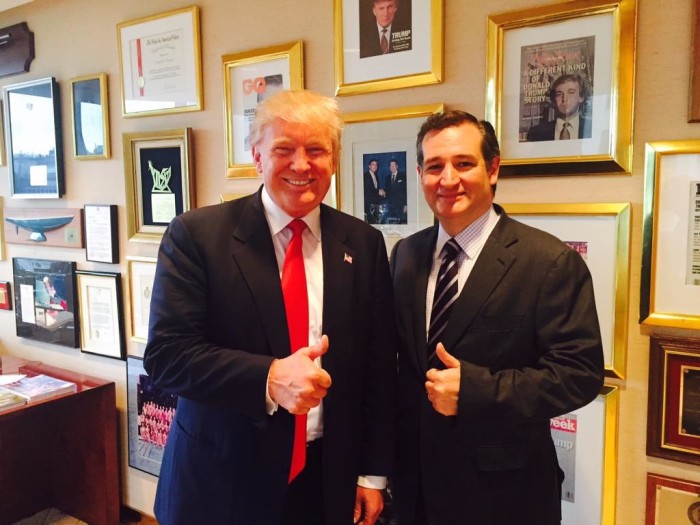 As time runs out before the Iowa caucus voting on Monday, Ted Cruz is taking aim at Donald Trump’s penchant for making deals with liberals and Democrats all his life in order to further his personal financial interests.

This ad hits the nail on the head. Donald Trump isn’t someone who can be trusted, because he will say and do anything he needs to in order to get what he wants, he’ll lie and cheat, and will buy his way into anyone’s pocket. This is not the kind of person we want as president.