Tim Kaine’s youngest son[1] was busted Saturday at a “March 4 Trump” rally in St. Paul, Minnesota. He was arrested with five other miscreants who went to pick a fight with Trump supporters. Linwood Michael Kaine, who is 24 and goes by the nickname ‘Woody’, was arrested along with four others on suspicion of second-degree rioting and another person was taken in for disorderly conduct at the Minnesota capital building. They engaged Trump supporters in the rotunda inside with whistles, chants and air horns. One of them set off a smoke bomb.

Kaine was released Tuesday morning as this is being looked into. No official charges have been filed. Tim Kaine did not condemn his son… he only said that the boy understands his responsibility to express his concerns ‘peacefully’. I’ll bet pappa Kaine is button-popping proud of his radical son and I mean that. Thirty minutes or so after pro-Trump speeches were made at the rally, which was attended by about 400 patriots, approximately 50 counter-demonstrators entered the newly renovated rotunda. Then the party started. 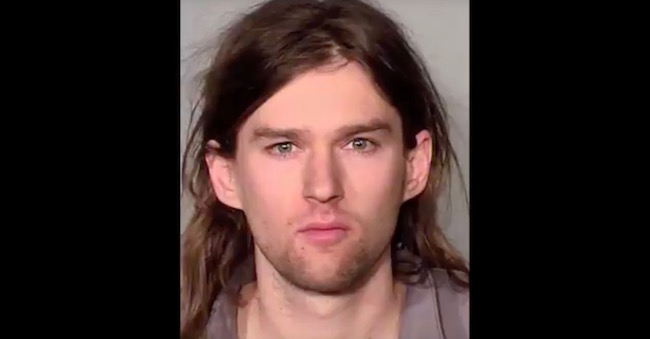 The youngest son of Hillary Clinton’s running mate in the 2016 presidential election was one of six persons arrested Saturday a “March 4 Trump” rally St. Paul, Minnesota.

Linwood Michael Kaine, 24, son of Sen. Tim Kaine, was arrested with four others for suspicion of second-degree rioting at the pro-Trump event; a sixth person was arrested for disorderly conduct at the Minnesota capitol, according to the Twin Cities Pioneer Press[3].

The six protesters clashed with Trump supporters inside the Minnesota Capitol rotunda, where they disrupted the proceedings with chants, whistles, and air horns. One person reportedly ignited a smoke bomb inside the facility.

No charges have been filed to date.

Sen. Tim Kaine, Virginia Democrat who is a Minnesota native, released a statement through a spokesman.

“We love that our three children have their own views and concerns about current political issues,” he said. “They fully understand the responsibility to express those concerns peacefully.”

A 61 year-old woman said that she was struck in the head by a smoke bomb thrown by one of the protesters in her direction, but sustained no injuries. Nice. I’m surprised these asshats didn’t beat on people as well. When security tried to stop the antics of the radicals, fights broke out. Kaine’s son was among five people observed lighting fireworks inside the rotunda, Steve Linders, a St. Paul police spokesman said. They should probably add assault charges when and if they file them over this.

Once the protesters either left[4] or were arrested, the pro-Trump rally resumed. It’s really sad that this has become the norm now. Kaine and his four companions were apprehended by St. Paul police less than a block from the capitol building. When Kaine was apprehended, “he turned around and squared up to fight with the officer,” Linders said Tuesday night. “The officer was able to place Mr. Kaine under arrest and take him to the Ramsey County jail for booking.” Again… that’s assaulting a police officer. The officer had to use force on Kaine to subdue him. It’s also resisting arrest.

So much for freedom of speech. It seems these days, that freedom to hate rules the roost. Kaine’s son should have the book thrown at him. But I’m not holding my breath over this one. 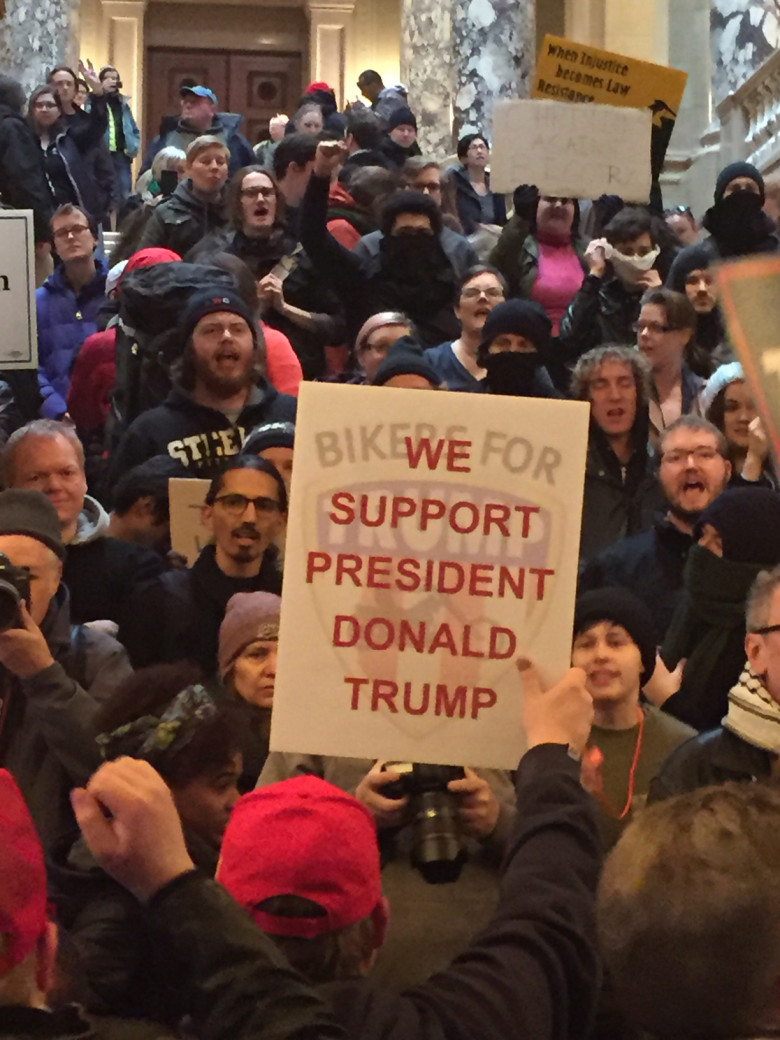 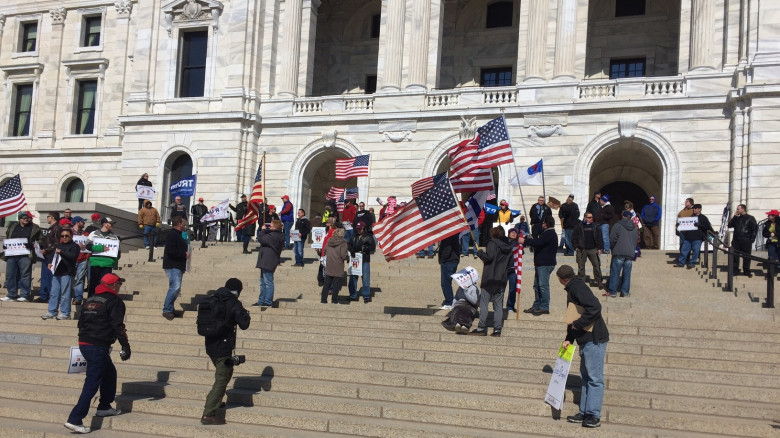 Supporters of President Donald Trump arrive at a March 4 Trump rally Saturday, March 4, 2017, at the state Capitol in St. Paul. About 400 attended the rally while 50 others joined a counterprotest, according to the Minnesota State Patrol, which is in charge of Capitol security. (Will Ashenmacher / Pioneer Press) 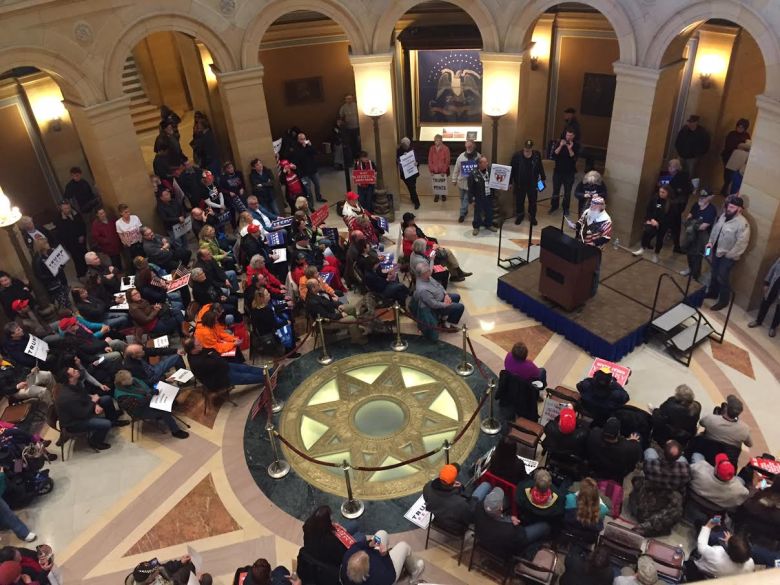 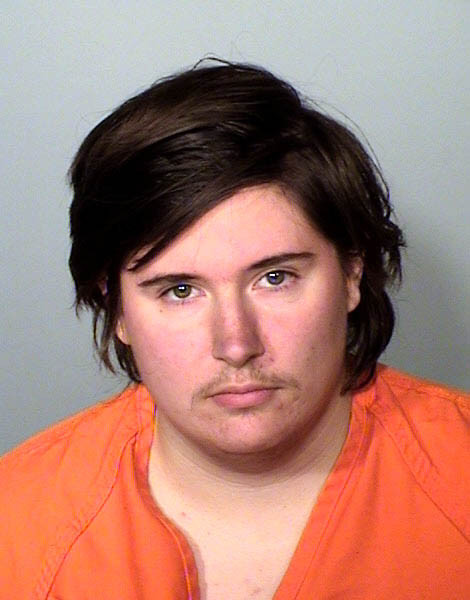 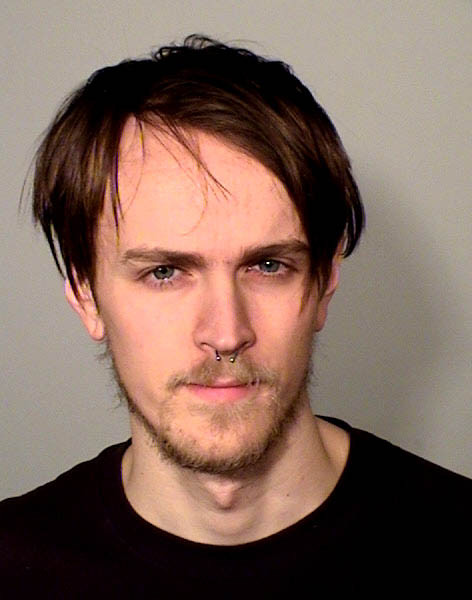 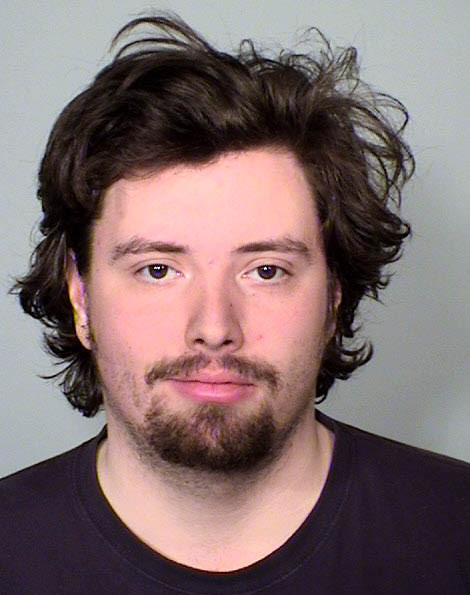 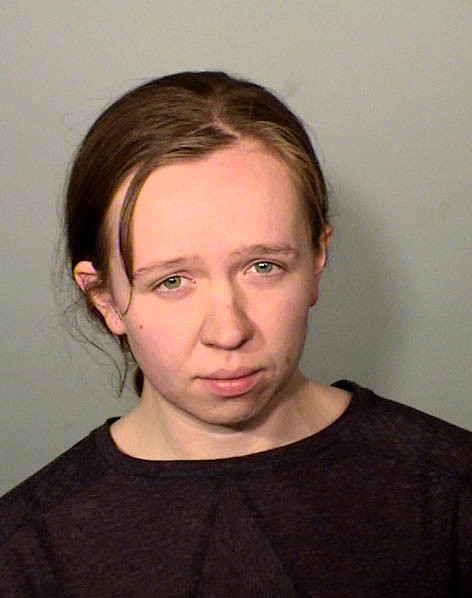 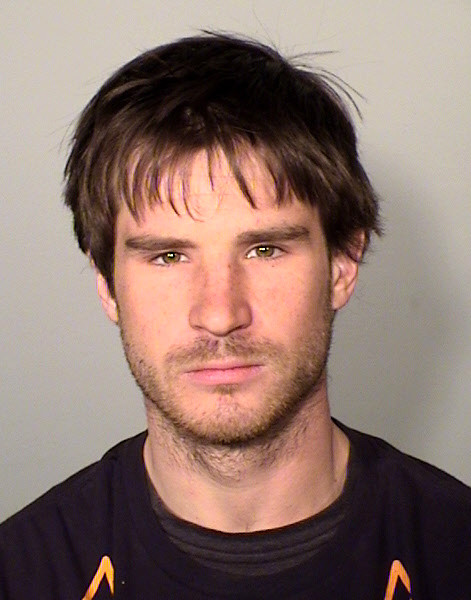