Tom Brady Is Told To DENOUNCE Friendship With Trump, Another NFL Legend Says ‘HELL NO’!

Patriots Quarterback Tom Brady is being harassed by the media to explain his relationship with President Donald Trump. They are undoubtedly looking to spark a firestorm and are only in it for clicks.

Fortunately, not everyone thinks Trump is the worst thing on the planet. Former Chicago Bears coach Mike Ditka had Brady’s back, as well as Trump’s. 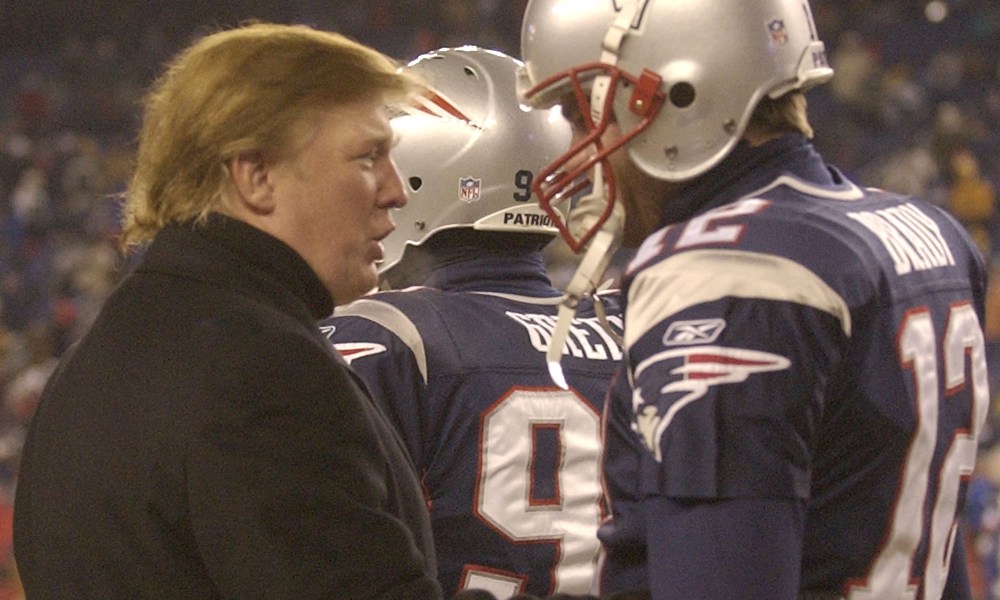 Donald Trump, left, stops to talk to New England Patriots quarterback Tom Brady prior to the start of the game at Gillette Stadium, Saturday, Jan. 10, 2004, in Foxboro, Mass., where the Patriots will play the Tennessee Titans in a AFC divisional playoff game. (AP Photo/Elise Amendola) ORG XMIT: FBO105

Former Chicago Bears coach Mike Ditka didn’t hold back his opinions when he appeared on the “Bernie & Sid Show” radio show on WABC on Thursday.

According to The Blaze, [3] he criticized reporters who he thought were trying to get New England Patriots quarterback Tom Brady to reject his friendship with President Donald Trump.

One writer, USA Today’s Nancy Armour, called Trump’s campaign “steeped in racism, bigotry and misogyny” and said “he has doubled down on his hatred in his first week as president,” noting the president’s immigration ban. Armour added that “in refusing to publicly disavow Trump’s actions, Brady is giving tacit endorsement to both Trump and the chaos he has created.”

Ditka’s response to that kind of thought? “I think these people are — can I say this? — that they’re assholes.”

Ditka urged people to give Trump a chance, “I like Donald Trump, I think he’s the best man, the best-qualified person, I think he’ll do a great job for America.”

He said that Trump couldn’t “possibly screw it up nearly half as much as Obama” who he called “the worst president we’ve ever had.”

Ditka also pulled no punches when it came to controversial San Francisco 49ers quarterback Colin Kaepernick who he said would be unknown without football.

To Ditka, not respecting the flag and the national anthem shows “you’ve got to be a pretty unintelligent person.”

When asked what would happen to someone if they played for Ditka and did that, he responded, “He doesn’t play for me ever again. Period.”

I’m not a big football fan, but I have to say, I like this guy.