It seems the world had their eyes all on the coverage of Comey’s testimony to the Senate Intelligence Committee yesterday morning. This comes as no surprise as the hearing was treated like it was some sort of major event put on by D.C locals, it was nuts. 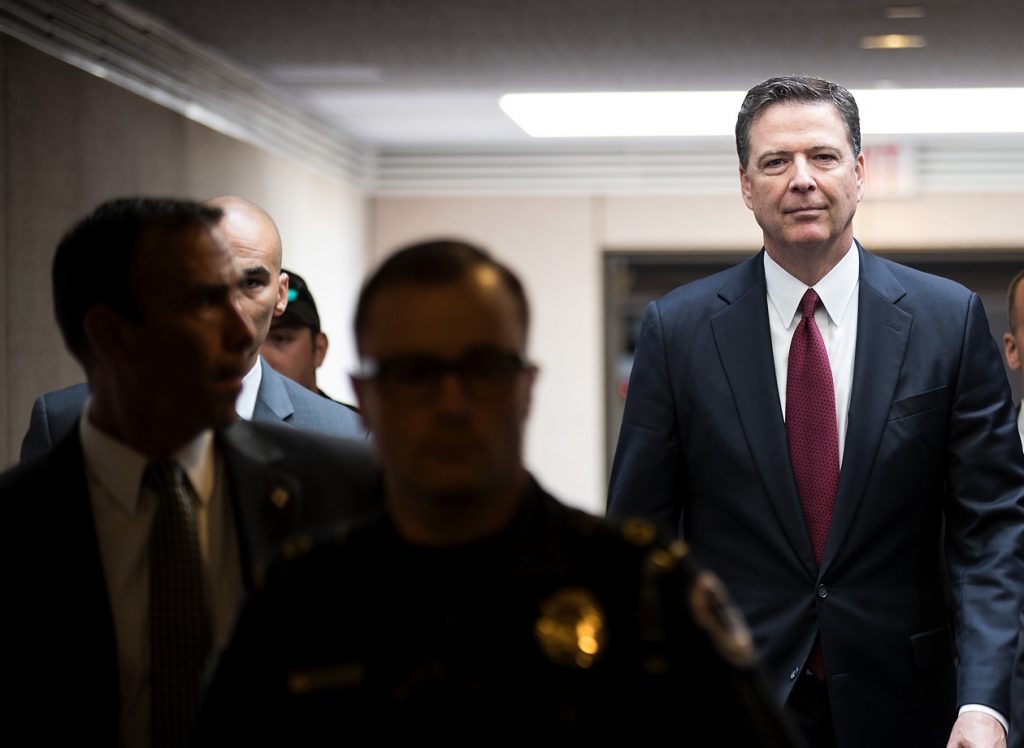 This is what we learned so far from all this nonsense:

NOW, let’s go ahead and look at three of the most important revelations from the hearing with Comey as told by Breitbart and add them to the list.

2) James Comey leaked documents to the media Comey admitted to orchestrating leaks from the investigation to the media using a network of friends. Response was swift on social media:

Senators should ask Comey the name of the Columbia professor and then subpoena the memos from him.

So the collusion involves former FBI director, mainstream media, and the left-wing academy to bring down the elected president #ComeyHearing[6] https://t.co/sVWKpajWw9[7]

Columbia Law Prof Daniel Richman confirms to @ZCohenCNN[9] that he is the friend that provided excerpts of the Comey memo to reporters.

Senator Rubio pointed out the interesting fact that one of the few things not to leak out was the fact that Trump was not under investigation himself.

Because if it was leaked that @realDonaldTrump[11] was personally not under investigation- it would have crushed the entire narrative. pic.twitter.com/drFcCxin5M[12]

President Trump’s personal lawyer, Marc Kasowitz, issued a blistering statement after the hearing on the subject of Comey’s leaks.

3) The obstruction of justice case against Trump just went up in smoke Senator James Risch (R-ID) questioned Comey early in the hearing about the possibility of obstruction of justice regarding the investigation of General Michael Flynn. Risch repeatedly questioned Comey about the exact wording used by President Trump to him in private, which Comey recorded in his much-discussed memo.

The exchange leaves Democrat’s hopes of impeachment for obstruction of justice considerably dimmed:

Comey: I mean, it’s the President of the United States with me alone, saying, “I hope this.” I took it as this is what he wants me to do. I didn’t obey that, but that’s the way I took it.

Risch: You may have taken it as a direction, but that’s not what he said.

Comey: Those are exact words, correct.

Risch: You don’t know of anyone that’s been charged for hoping something?

For the TOP six most important revelations…click here[14].

I guess you could say that all in all…the top 6 things boil down to just one.

TRUMP IS WINNING! Are you tired of winning yet?

Which do you think it is?