Liberals have been busy attacking Republican Devin Nunes over the congressional investigation into Russian ties to the Trump campaign team. Democrats like Chuck Schumer have even begun to call for his resignation, saying it’s not possible for Nunes to be impartial. And Trey Gowdy has just responded, dropping a huge bomb on the liberals trying to attack Nunes[1]. 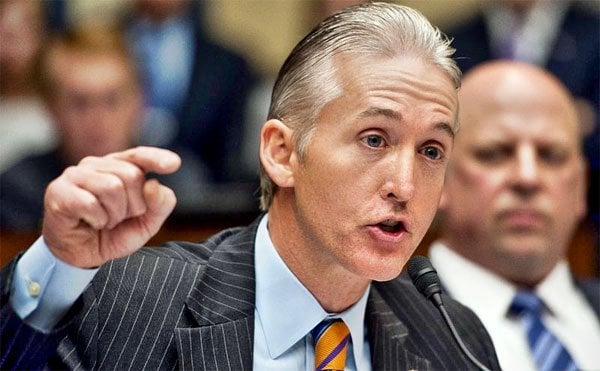 Gowdy was speaking with Fox News’ Martha McCallum and argued that Nunes has done nothing wrong. “I just love it when Senator Schumer gives Republicans advice on what we ought to do,” Gowdy said. “Devin is doing exactly what the chairman ought to do. When you have a source that has information, you handle that information safely, securely, which is exactly what he did. I wish Senator Schumer and some of the other Democrats would be more interested in authenticity and the reliability of the underlying data and not the means by which it was acquired.”

Gowdy was just getting started though; he then insisted that it didn’t matter where the information came from, as long as it’s true.

“Whether it was the White House or Waffle House, what difference does it make if the information is reliable and authentic? It just so happens that Devin had to do it this way. So, we’re not going to take advice from Chuck Schumer on who our chairpeople ought to be,” he stated.

While Democrats have been having a ball accusing Nunes of being biased, there’s nothing to actually suggest that he isn’t able to do the job well, or that the information is inaccurate.

Do you support Devin Nunes?