Trump Admin To FREEZE OUT CNN For Their Bad Habit Of Fake News Reporting! [VIDEO] 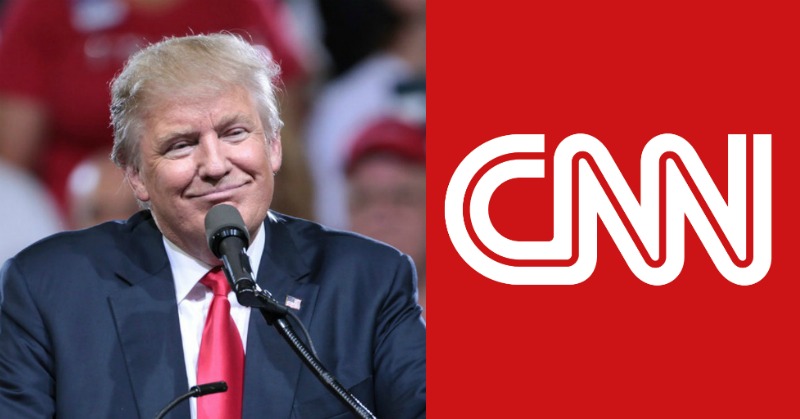 “Fake News” has been the cry of both the left and the right sides of the political sphere for quite some time, and that has only increased since the election process. It became abundantly clear at the end of 2016 that the news was not truly reporting the feelings of the people. In fact, the shock of Americans everywhere that Donald Trump won the election is proof enough[2]. Was the news really that out of touch that they predicted a complete shutdown win for Hillary Clinton?

Add to that the Russia debacle where CNN reported false evidence and facts based on faulty information that condemned Donald Trump as little more than a traitor. It did not take long for that news to be disputed leaving CNN looking more and more ridiculous, biased and out of touch.

Now CNN is being largely ignored by Donald Trump and his team. In fact, this seems to strongly parallel the relationship that Obama had with Fox News over the past eight years. However, I feel that Donald Trump has quite a bit more claim to his dissatisfaction with CNN. They have shown over and over again that they are unwilling to see the truth if it is not in opposition to Donald Trump and his policies. They are largely responsible for the panic that our country is experiencing right now over small policy changes.

The New York Post[3] has reported on the tenuous relationship saying:

“We’re sending surrogates to places where we think it makes sense to promote our agenda,” a White House official told Politico, adding the ban is not permanent.

But a CNN reporter had a different take on the snub.

“They’re trying to cull CNN from the herd,” the person told the website.

But he said it’s at his discretion.

“I’m not going to sit around and engage with people who have no desire to actually get something right,” he said during an event at George Washington University this week.

Trump administration officials have been conspicuously absent on CNN since the middle of January while appearing on many other news shows.

As a reminder of Trump’s famous showdown with CNN check this out: