Well, that was fast.[1] It took about 30 seconds after Cruz stepped out of the race for Trump to start flip-flopping all over the place. Previously, Trump had been against the minimum wage. Now, he’s all for it. Are you surprised? I’m not. This guy promises whatever sounds popular at the moment to get votes. And just like a king who is placating his subjects, he will keep none of those promises should he take the throne. Trump is a liberal, not a conservative. He believes in most of the same things that Hillary does, with the added bennie that he is a close friend of Vladimir Putin and will advance his agenda in Europe. Trump is going for the $15 an hour insanity that will bankrupt every city in America and his groupies just nod and smile… as if that is what they believed all along. So much for principles. All they care about is winning… this time it will be with a strongman fascist at the helm. 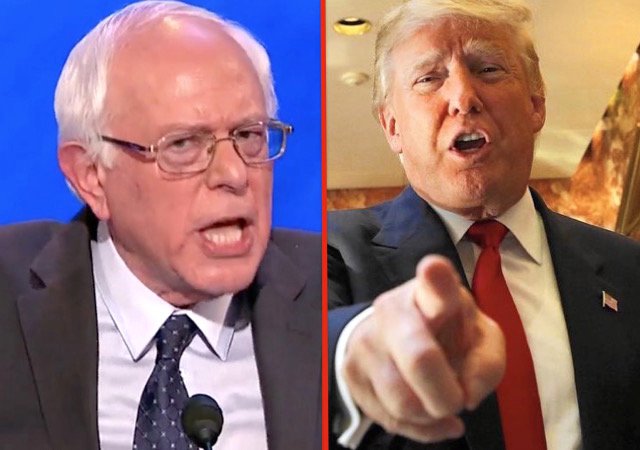 From the Political Insider:

Everyone has been looking for signs that the Trump Train is going to make an abrupt screech to a stop and then “pivot” to become more left-wing and liberal for the general election.

And what Trump just said about minimum wage proves that this is exactly what he’s going to do!!

Yup!! Contrary to every conservative economist’s warnings, and common sense, el Trumpo is now advocating that the minimum wage be raised. Even the smallest inkling of economic sense will let you know that it means more people will be unemployed, but who cares!! It’s popular among the economically illiterate, and that’s all Trump cares about.

Donald Trump sounds eerily like Bernie Sanders in his leanings. He has praised commie Sanders over and over. Sanders is pushing his people to support Trump, not Hillary. Why do you think that is the case? Because they are for the same things. What good does it do to elect Hillary in drag? What good does it do to have a voice at the table if that voice is a stone cold Marxist dictator? Instead of patriotism, the Republicans are going for populism and it is death to the Republic. I will not be a part of that. I have been called names, called a traitor, threatened and bullied over this. But I will stand my ground on not supporting Trump – ever. The minimum wage is just one of many issues Trump is doing this on. I see no difference between the Republicans and Democrats now. As Sooper Mexican said, “Who would have thought the GOP presidential nominee would be extolling Socialist values?” I would.