Trump to Americans: If N. Korea Threatens Again, ‘They’ll Be Met With Fire and Fury The World As Never Seen’ (VIDEO)

North Korea continues to ramp up the aggression, with threats regularly made against the United States. They have also continued to develop their nuclear weapons program, despite insistence from the international community that they stop. And with the latest threat from dictator Kim Jong-Un, Donald Trump has had enough — and he’s made some threats of his own[1]. 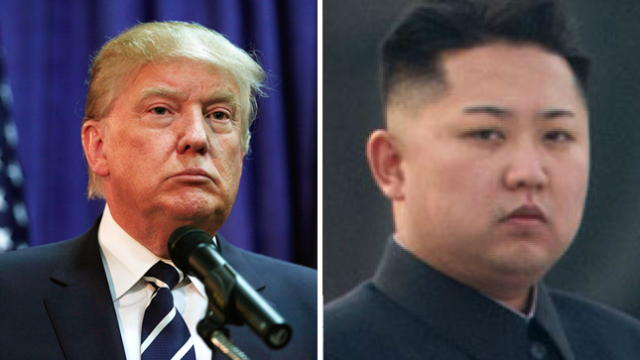 President Trump: If North Korea makes any more threats to the U.S., "they will be met with fire and fury like the world has never seen" pic.twitter.com/8dQed79L1W[3]

After hearing of the new report, Trump responded, warning that North Korea will be “met with fire and fury and, frankly, power the likes of which the world has never seen before” if they continue to threaten the United States. “He has been very threatening,” Trump said.

Just days before the report surfaced, stating that North Korea had developed a miniature nuclear warhead that could be attached to its missiles, the United Nations had ramped up sanctions against the rogue nation, after two more intercontinental ballistic missile tests over the summer. And Trump has vowed not to allow North Korea to develop a nuclear warhead that can reach the United States. “It won’t happen,” he promised.

Are you concerned about the threat from North Korea?