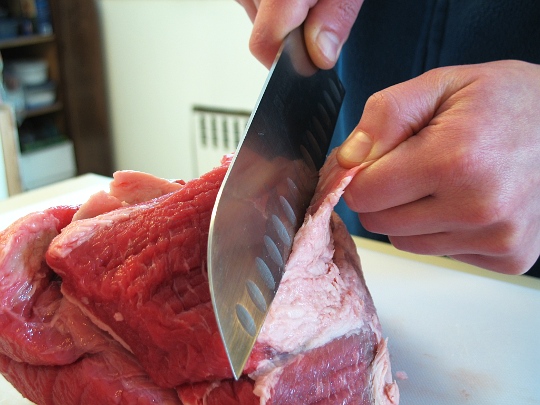 Regardless of whether you think Trump is taking a cleaver or a scalpel to the federal budget and federal programs, this is something that hasn’t been seen since the days of Reagan, and perhaps not even then. It is a massive expression of how Trump wants to deconstruct government

President Trump’s budget blueprint for the coming fiscal year would slash the Environmental Protection Agency by 31 percent and cut State Department spending by a similar amount in a brash upending of the government’s priorities, according to congressional staff members familiar with the plan.

The budget outline, to be unveiled on Thursday, is more of a broad political statement than a detailed plan for spending and taxation. But it represents Mr. Trump’s first real effort to translate his bold but vague campaign themes into the minutiae of governance. The president would funnel $54 billion in additional funding into defense programs, beef up immigration enforcement and significantly reduce the nondefense federal work force to further the “deconstruction of the administrative state,” in the words of Mr. Trump’s chief strategist, Stephen K. Bannon.

Of course, many parts are already (supposedly) being declared dead by even Republicans, ones who are caught up in using The People’s money to patronize people, especially rich donors, in their home districts. And, of course, the NY Times takes shots at Trump and his team, writing

Mr. Trump’s version is likely to be even skinnier than usual, a result of the chaos, inexperience and staffing problems encountered by the Trump White House over the first two months.

Or, it could be exactly what he wants. At the end, the President puts forth a budget, as required by law by a specific date (something Obama usually failed to do), and Congress debates what it wants to do (except when it is Obama’s, and Harry Reid refused to even discuss it in the Senate). These are the President’s priorities. The duly elected lawmakers then decide what to do. A little FYI, in case the NY Times, and other unhinged newspapers acting as arms of the Democratic National Party, have forgotten the way things work.

USA Today[3] has a pretty good breakdown of what Trump wants sliced away.

Trump’s budget says hundreds of programs and agencies would be eliminated — with more than 50 in the Environmental Protection Agency. But his first budget proposal identified 62 specifically. The list includes

There are many more at the article. Then there are the “independent agencies” he wants to scuttle, including

This is a business person’s budget. It targets spending from the large to the tiny. How often do you see a budget target something like the U.S. Interagency Council on Homelessness, which is just $4 million dollars? It’s also an opening negotiation point. When Congress says “hey, we can’t get rid of the National Wildlife Refuge fund ($480 million)”, Trump says “fine, toast the Transportation Investment Generating Economic Recovery ($499 million).” The art of the deal.

Some, like the $3 billion Community Development Block Grant program, which funds popular programs like Meals on Wheels, housing assistance and other community assistance efforts, can be transformed via the budgetary process. As Trump says, it is not well targeted. Why not upgrade it and make it more effective, make the money go further and use it better?

This is also a budget meant to move power away from the federal government and back towards the States, counties, and municipalities, who know their people better. Obviously, the whole thing is driving the Credentialed Media and Democrats to a higher state of Moonbattery. Which will get worse as time goes on.