A number of years ago, I had the pleasure of dealing with U.S. Representative Duncan Hunter (R-CA). He helped a friend of mine that used to be a SEAL and was a quadriplegic. I’ve never forgotten his kindness during that time. Now, he has written a letter to President Trump this week asking for him to grant pardons to former U.S. Border Patrol Agents Ignacio Ramos and Jose Compean. Those two mean should never have been prosecuted by President Bush’s DOJ in the first place. It was an outrage. I hope the President will indeed pardon them and I’m pretty sure he will. These were the two agents who were prosecuted and convicted under the administration of then-President George W. Bush after shooting a fleeing drug-smuggling illegal alien.

These two brave men were prosecuted by then-U.S. Attorney for the Western District of Texas Johnny Sutton in 2006. Both were convicted and were sentenced to more than ten years in federal prison. Bush eventually bowed to pressure from a grass-roots swell of support for the two men and commuted their sentences his final day in office. They were eventually released and have applied for pardons. These men were just doing their jobs chasing a drug dealer from Mexico. For that, they were thrown in prison just as the drug dealer was. That’s just wrong. 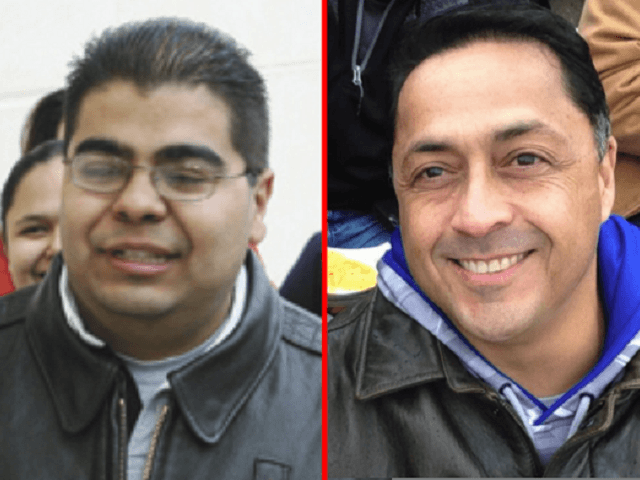 Duncan Hunter wrote in his letter to President Trump, “Mr. President, Agents Compean’s and Ramos’ sentences were commuted in 2009 by then-President Bush, but I believe that they deserve every consideration for a pardon due to the circumstances of the incident and I respectfully request that you instruct the Office of the Pardon Attorney to provide their cases full and fast attention.” That would certainly be the right thing to do here… to right an injustice that infuriated the entire nation. Hunter listed the details surrounding the incident where Ramos and Compean shot Osvaldo Aldrete-Davila, an illegal alien who was later sentenced to nine years in prison for smuggling drugs.

The charges for which these federal officers were ultimately convicted related to an incident where multiple Border Patrol agents were in pursuit of a van that had entered the US illegally in an area very well known for illicit drug smuggling activity. The driver of the van, later identified as an illegal alien named Osvaldo Aldrete-Davila, continued to evade the agents and drove at a dangerous high rate of speed to a levee where he could cross back into Mexico. Agent Compean was the first to reach the van where he began pursuing Aldrete-Davila on foot. At some point a hand-to-hand struggle ensued and Aldrete-Davila managed to bring Agent Compean to the ground.

As Agent Ramos approached the area, he heard shots fired but his view of the altercation was initially obscured by the landscape. Aldrete-Davila broke free and both agents fired at him because he turned back towards them before he began to run towards the border. It was later discovered that when Ramos discharged his weapon, he hit Aldrete-Davila in the buttocks. At the time of the shooting, however, it was not apparent that Aldrete- Davila had been injured as he was able to escape and run across the international border to a waiting vehicle. After the incident it was discovered that the van contained more than 740 pounds of marijuana and, despite this, Aldrete-Davila received immunity from the smuggling charges in exchange for providing testimony against Agents Ramos and Compean. Aldrete-Davila was later arrested at the US border for trying to again smuggle a large quantity of drugs into the US and received a nine year prison sentence.

“We’re saying a lot of prayers,” Ramos told Breitbart Texas on Friday. We should all pray that the President grants pardons to these two men who had their lives ruined for simply doing their duty. A pardon would allow them to work in law enforcement again I believe. It would be such a small thing for the President and would mean the world to these two men and their families. #PardonRamosCompean