Before Irma hit, President Trump met with his Cabinet at Camp David. All of them bowed their heads in prayer before the monstrous storm slammed into Florida. It was a very moving, iconic moment and wholly appropriate. This is something you never saw Barack Obama do. It is very much something that Ronald Reagan would have done. They were discussing the projected track and potential impact of Hurricane Irma as it approached Florida. President Trump was extremely concerned and worried over the storm as we all were. We were just devastated by Hurricane Harvey and now Hurricane Irma slams us.

Today, Irma is still churning up the coast of Florida and will hit Alabama and Georgia as a tropical storm. It will continue to cut a path of destruction and kill people before it is done. My friend near Tampa survived just fine, but says it’s a God-awful mess out there and over half the state has no power. At one point, on its second landfall in Florida, Irma had winds of 142 mph. Roofs were ripped off and damage is widespread. 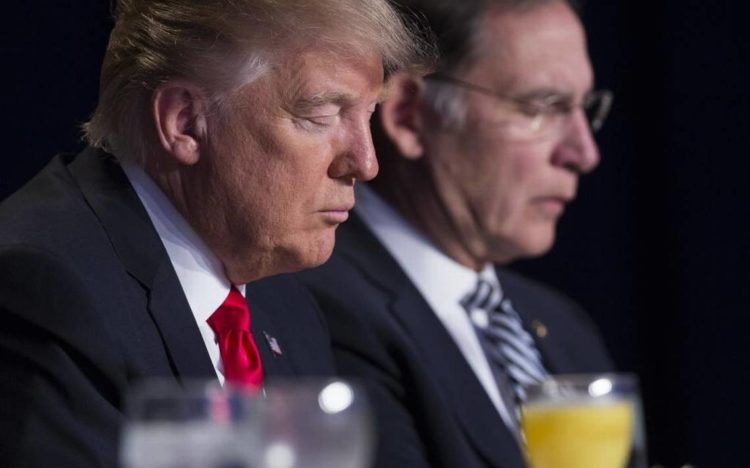 As President Donald Trump and members of his Cabinet bowed their heads in prayer, Vice President Mike Pence led the prayer. Mike Pence is a devout Christian and that seems fitting. In his opening remarks at the Cabinet meeting, Trump expressed condolences for the victims of Hurricanes Irma and Harvey. “All of America continues, I must say, to pray for the families affected by Hurricane Harvey, Hurricane Irma, which looks like it’s going to be a really bad one, but we’re prepared,” Trump stated. “We’re as prepared as you can be for such an event, that I can say. All of America grieves for those who have already lost their lives.”

I saw that Trump stationed 1,000 Marines off the coast of Florida to help in the aftermath of the storm. They will need it. The storm has claimed at least 30 lives and that number is sure to go up. As millions fled Irma, President Trump received hurricane updates throughout the weekend. He said that we had never seen a storm like Irma. In the end, it was very bad… but not as devastating as Harvey, I believe. But bad enough. 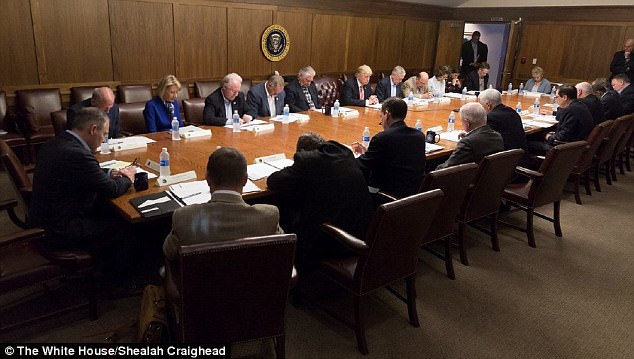 The President tweeted three times on Saturday with hurricane safety information. The first time was to provide a list of shelters, road closures and evacuation routes. The second time was to share a message from Florida Governor Rick Scott and the third tweet was Trump asking Americans in affected areas to get to safety. “This is a storm of enormous destructive power, and I ask everyone in the storm’s path to heed ALL instructions from government officials,” he wrote.

Trump’s final tweet before the storm was supportive: “The US Coast Guard, FEMA and all Federal and State brave people are ready. Here comes Irma. God bless everyone!” Prayer was appropriate and good for the President on that move. We should keep praying for those in Florida and Texas as they piece their lives back together. Bless every one of them.

This is a storm of enormous destructive power, and I ask everyone in the storm’s path to heed ALL instructions from government officials. pic.twitter.com/nJfM2Sdme1[3]