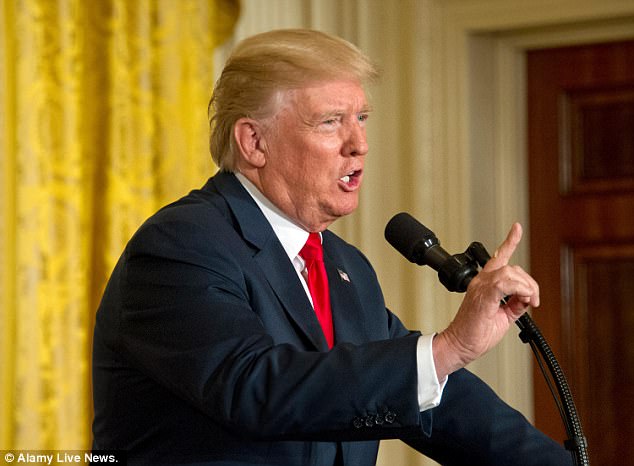 CNN’s Dan Merica, usually one to go all sorts of #Resistance when it comes to Trump, provides a mostly balanced article on what Trump’s announcement means[2]

Both are forms of national emergency declarations, but the primary difference is the scope and funding for each order.

“This epidemic is a national health emergency,” he said. “Nobody has seen anything like what is going on now.”

He added: “As Americans, we cannot allow this to continue. It is time to liberate our communities from this scourge of drug addiction. Never been this way. We can be the generation that ends the opioid epidemic. We can do it.”

Trump, through the Public Health Services Act, directed his acting secretary of health and human services to declare a nationwide health emergency, a designation that will not automatically be followed by additional federal funding for the crisis, according to a senior White House official.

Many, such as the NY Times Editorial Board[5], are having meltdowns that Trump did not use the Stafford Disaster Relief and Emergency Assistance Act, which would have immediately released funds meant for national emergencies (the Times is also suddenly against Words, which they used to love when Obama was making empty speeches), like hurricanes and floods. Using the Public Health Services Act, the focus is more tailored and focused.

But both Trump and Obama administration officials say that designation would have been too broad and put an undue burden on the Federal Emergency Management Agency’s Disaster Relief Fund, a fund already cash strapped by recovery efforts from the three major hurricanes that hit the United States this year.

Using FEMA funds to combat the opioid crisis would be “a little bit like asking an engineer to bake a cake,” said Rafael Lemaitre, the former communications director for the White House Drug Policy Office under President Barack Obama.

“I do think the Public Health Service Act is more appropriate route to take than the Stafford Act designation,” he said. “I worked at FEMA for two years and dealt with multiple disasters. The Stafford Act is not structured to deal with a long term, complicated public health crisis like the opioid crisis.”

After this, Dan starts diving into complaints about killing Ocare and stuff, the normal complaints, so, let’s jump to the editorial board of the San Diego Tribune[6]

But the counterargument — that it doesn’t make sense to treat a long-term health crisis like a hurricane — has merit. And the public health emergency declaration is much more than a gesture. It means all affected federal agencies must take necessary emergency steps to reduce opioid overdose deaths. Among its many provisions, Trump’s order gives governors more flexibility in how they use federal grants to address the crisis. And it improves treatment for addicts in isolated rural areas, letting them talk to doctors using telecommunication technologies and get prescriptions without meeting the normal legal requirement they see a doctor in person.

They point out that this is a good start. But, it is important to now fund outreach and treatment by Congress (forgetting there needs to be more enforcement to stop the spread of opioids so that people do not start using them and need treatment.

Sadly, there are plenty of news outlets, both in straight news and opinion, who are manufacturing ways to bash Trump on this, rather than giving him the help and cheerleading needed to get it done.