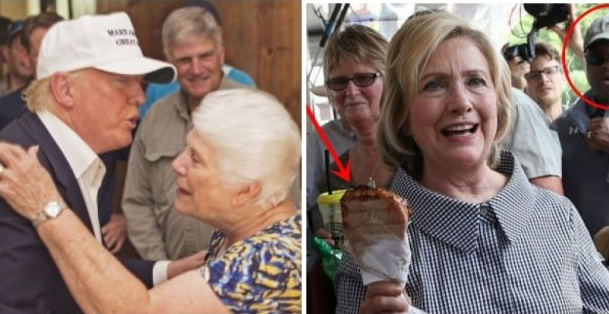 While I may not support Trump and think that he is the flip side of Clinton, I’ll give credit where it is due here. There is no denying that[2] the only candidate that acted like he gave a crap about the flood victims was Donald Trump. He flew down there to be with the people and had a semi deliver a full load of clothes, food, water, toys and provisions to those devastated in Louisiana. He evidently also donated $100,000 to Greenwell Springs Baptist Church. Every penny is greatly appreciated down there and people love Trump for this.

Meanwhile, Hillary laughingly claimed she stayed away from the flood-ravaged state to let those who needed to be there do their thing. Uh yeah. Fail. Instead, she posed for selfies with Justin Timberlake and other celebrities. Then she partied in Martha’s Vineyard and hung with Cher while people suffered and died. Just disgusting. 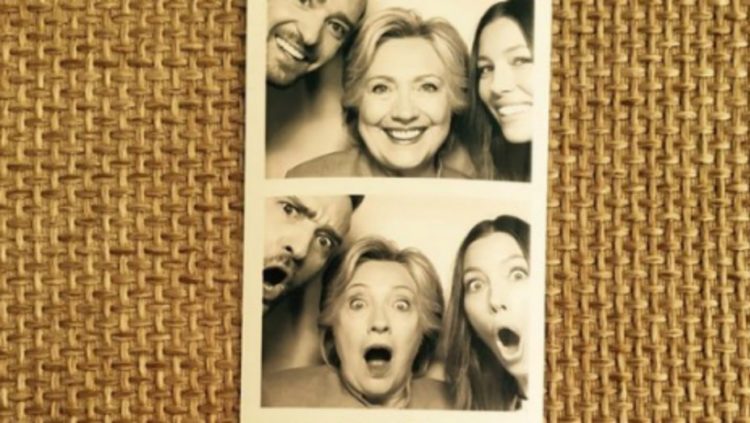 Trump also donated $100,000[4] to Greenwell Springs Baptist Church, which lies to the northeast of Baton Rouge, in a zone affected by floods.

Clinton surrogate James Carville thanked Donald Trump[5] for his donations and visit to the region.

Going down south was very smart and savvy of Trump. And he did good things there. Clinton was once again absent when she could have looked presidential. I can’t believe I just said that. Trump did the right thing here and Clinton did the self-serving thing. The two could not be more different concerning this incident. Terrific optics for Trump, horrific ones for Clinton.

[email protected][6] defends President Obama for not visiting flood ravaged LA sooner: Our govt asked him to not comehttps://t.co/AMKR7MFgPW[7] 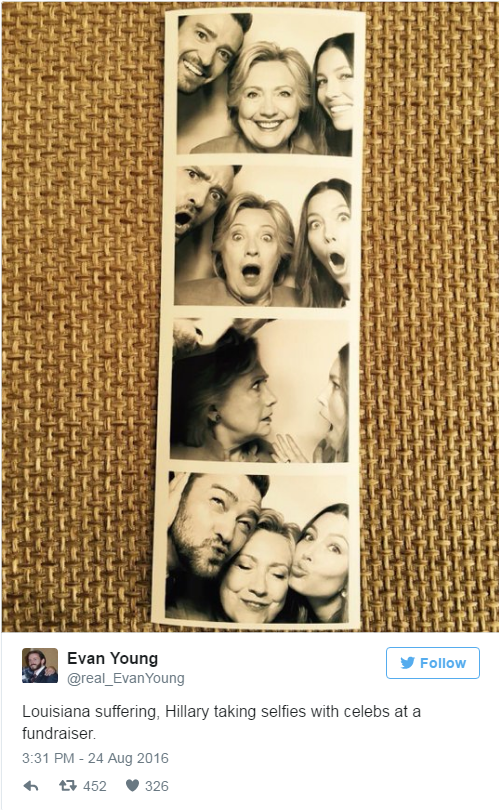