President Trump is incensed[1] that Nordstrom dropped the Ivanka Trump Brand. They are the latest in a string of high profile companies to do so and he’s right, it’s absolutely unfair and brazenly political. I would imagine that there are many, many Americans who will now boycott the retailer. Nordstrom claimed it was purely a business decision, but I don’t think anyone is buying that bull crap. It is widely known that they have been very biased against President Trump. They issued a statement that supports immigrants and refugees and stands against the President. This also occurred during a #GrabYourWallet boycott of all Trump products.

White House press secretary Sean Spicer defended the president’s tweet during the daily briefing on Wednesday, asserting that Trump should be able to defend his family. And he should… this is a blatant attack against his daughter and it is reprehensible. “For people to take out their concerns about his actions or his executive orders on members of his family, he has every right to stand up for his family and applaud their businesses activities, their success,” Spicer said. 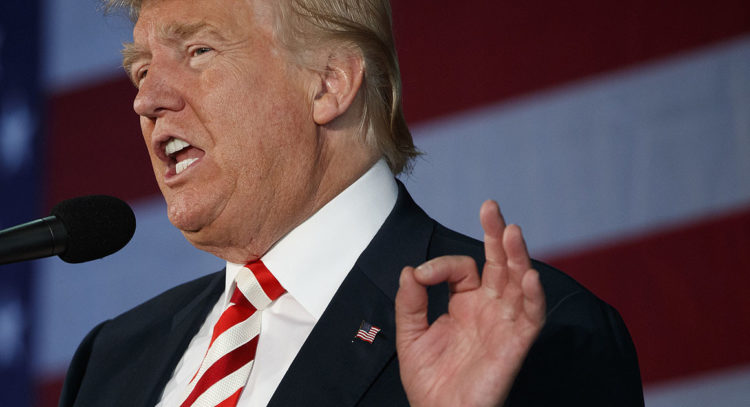 “My daughter Ivanka has been treated so unfairly by @Nordstrom. She is a great person — always pushing me to do the right thing! Terrible!” Trump tweeted Wednesday morning.

Nordstrom had announced on Feb. 3 that it would stop carrying Ivanka Trump’s label due to its performance “We’ve said all along we make buying decisions based on performance,” Nordstrom said in a statement to The Associated Press. “We’ve got thousands of brands— more than 2,000 offered on the site alone. Reviewing their merit and making edits is part of the regular rhythm of our business.”

While Nordstrom contends the decision was solely a business one, the publicly traded company has delved into the Trump administration’s controversial actions.

Even though Ivanka has separated herself from her business, this is obviously an attack on her and on her father. “There’s clearly efforts to undermine that name based on her father’s positions on particularly policies that he’s taken,” Spicer said. “She is getting maligned because of his policies.” And by the way, Trump did not send the tweet during his daily intelligence briefing. That is fake news.

Of course, Trump’s detractors immediately seized on this, screeching that there is not enough space between the President’s office and his business dealings. Give it a freaking rest already. Norm Eisen, a former Obama administration ethics czar, called the move “outrageous” on Twitter and said Nordstrom should consider suing under the California Unfair Competition Law, which forbids “any unfair” business act. Oh, please do… Nordstrom will lose in more ways than one. There is no ethics rule that prohibits the President from doing what he did.

Nordstrom’s stocks fell after the tweet, but bounced back. I suggest Americans fight back by not shopping there.

My daughter Ivanka has been treated so unfairly by @Nordstrom[3]. She is a great person — always pushing me to do the right thing! Terrible!