Barbara Res is a former Trump employee who has been speaking openly about Donald Trump’s alleged penchant for sexual harassment of his female employees. But is she really just a disgruntled former employee out to get revenge[1]?

Trump’s Director of Social Media, Dan Scavino, shed some light on the situation. Evidently, after Res had left the Trump organization, she fell on some hard times and wanted to get her job back.

Her next move was for Trump to help her get a book deal. She sent a letter asking him to help publish her manuscript, praising him and asking if his “connections” could help her get a foot in the door. 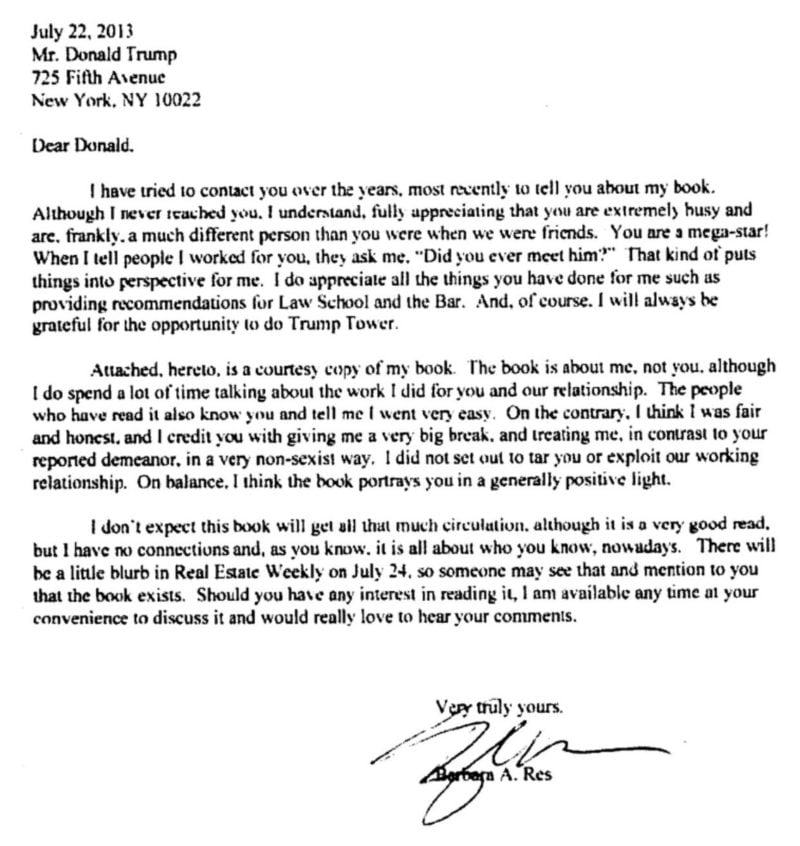 Given this new information, can Res really be considered the most trustworthy source? It may be understandable — Res might never have been personally victimized by Trump and she didn’t want to burn any bridges that could help her career. But if that is the case, then is it really ethical for her to now go to the media trying to smear Trump?