President Trump really nailed Al Franken yesterday. It was epic. He reacted very strongly to the breaking news that Senator Al Franken of Minnesota had been accused of sexual harassment by a radio show host. It occurred eleven years ago on a trip to Afghanistan to entertain the troops. “The Al Frankenstien [sic] picture is really bad, speaks a thousand words,” the President tweeted shortly after 10 pm EST. “Where do his hands go in pictures 2, 3, 4, 5 & 6 while she sleeps? …..” Great question. Some are saying Franken’s brother is the one holding the camera… he was in charge of photography on the trip. He denies it, but I’ll let you decide.

It isn’t the only time Franken has been handsy with women. Not even close. Another woman accused him yesterday as well and there are pics of others. He claims he’s clowning around. I call it a perverted pattern. Franken missed all his Senate votes yesterday. I’m not surprised. This is blowing up all over the Democratic Party. 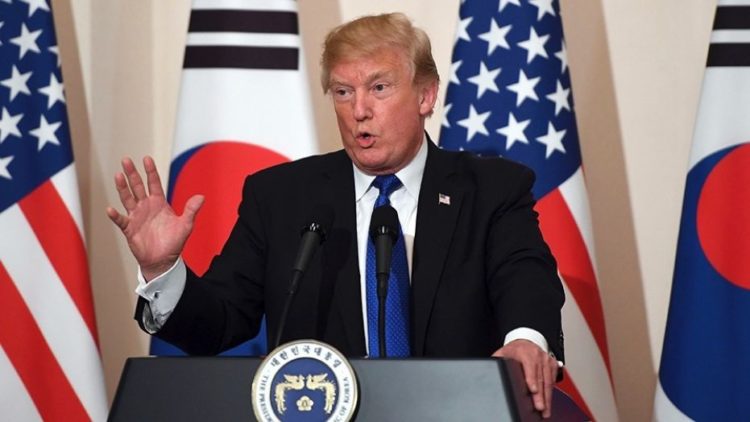 President Trump sent out a second tweet on Franken: “And to think that just last week he was lecturing anyone who would listen about sexual harassment and respect for women. Lesley Stahl tape?” Yep, there goes Franken’s 2020 presidency aspirations. Trump is referring to a 1995 article in New York magazine. In it, Franken laid out an idea for an unused comedy sketch for “Saturday Night Live.” Franken at one time worked as an actor and writer for SNL. His idea called for an actress playing CBS “60 Minutes” correspondent Stahl be “raped” by a colleague. You call that ‘funny’?

Franken had a very bad and long day yesterday. I’m sure that Trump’s tweets were the icing on the cake for him, which was planted right on his face. He first heard the accusations of Los Angeles radio anchor Leeann Tweeden, then issued an apology, which wasn’t very realistic or even coherent. Then Franken heard numerous Washington lawmakers – including several of his most prominent Democratic colleagues – call for him to face a Senate ethics investigation over his pre-Senate personal conduct. Franken oddly called for an investigation… of himself. Then Melanie Morgan, a conservative California, came out and accused Franken, saying he “stalked and harassed” her.

Franken, 66, has always been a liberal. Most of his comedy sketches take aim at conservatives and Republican Party figures. He’s also an author of satirical books and a supporter of Democratic candidates. He was elected Senator in 2008 by a margin so slim that Franken’s victory had to be determined by the Minnesota state Supreme Court long after voters went to the polls. However, his reelection six years later was a lot more solid. Go figure.

Now, Franken can add pervert to his resume. I don’t think anyone is very surprised over all this. But it sure is fun to see Trump eviscerate him.

.And to think that just last week he was lecturing anyone who would listen about sexual harassment and respect for women. Lesley Stahl tape?