Yesterday, a horrific car crash in New York City became national news. Richard Rojas, 26, drove his car into a crowd of people in Times Square, killing an 18 year-old girl and injuring 22 more people. Most people were shocked over the deadly accident, but for Donald Trump’s ex-wife, it was nothing more than social media fodder[1]. 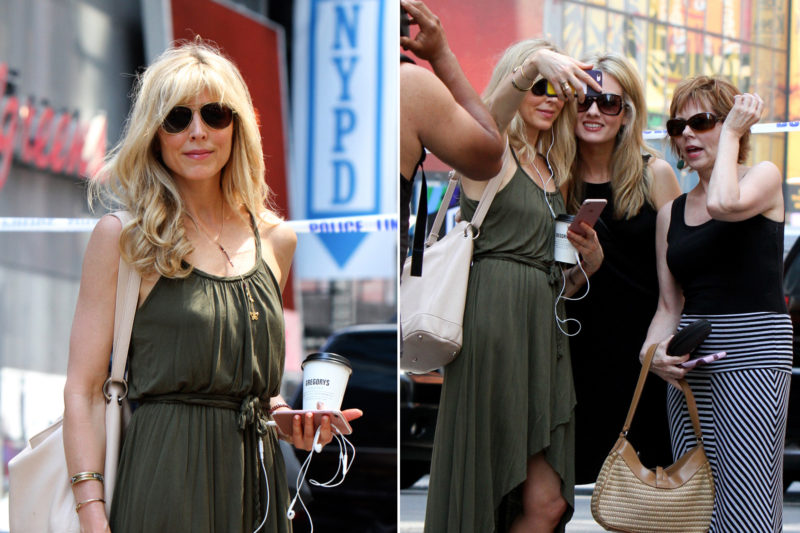 Marla Maples lives in New York City and when she heard about the accident, she decided to go see what was happening. But first, she quickly logged onto Snapchat, posting a video of herself walking, saying, “I am going to Times Square to see if there is anything I can do.”

When she arrived in Times Square, Maples got as close to the police tape as she could and then began posting pictures and videos from the scene. “We’re at Times Square at the scene of this horrific crash,” she announced in one video, seemingly playing reporter for her social media followers.

She also panned her phone across the scene after the accident, which had already been cleared, pointing out that “everyone’s here to help.” In the background, tourists could be seen taking pictures while Maples recorded. She signed off saying, “Sending out so much love to everyone,” before turning the camera back onto her face.

But what really raised eyebrows is when Maples was taking selfies with purported fans at the scene. One picture showed Maples holding a phone alongside two women, all three posing for a selfie and smiling for the camera. Just a few feet away was the spot where an 18 year-old girl died. Police tape was still visible in the background.

It’s not unusual for celebrities to be self-absorbed and clueless, but really, Maples’ behavior just took things to a new low — using such an awful accident as fodder for her social media pages and taking selfies in front of police tape with fans is inexcusable, no matter how clueless she may be.