Trump Family hosting swanky Thank You Party… but look at that dress code!

This will be a first for DC.[1] Donald Trump and his family are throwing a Thank You Party the day after the Inauguration. It is geared towards hunters, shooters and fishermen. The dress code is camo and cufflinks. Boots, jeans and hats are welcome. Heh. It’s not cheap though. I understand there are numerous packages, but the two top ones cost $500,000 and $1 million each respectively. The money raised will go to conservation charities. It may actually cause a meltdown among the elites… hope some of the attendees bring Bibles with them. Just sayin’.

Alabama and Toby Keith will be the entertainment and it sounds like a fantastic party! It’s also a great way for Trump to kick off his presidency… by thanking Second Amendment advocates and sportsmen who helped get him elected. It is not clear yet if Trump will be there himself, but I bet he will be. His family is throwing the event. The media didn’t cover it, but Donald Trump Jr. and others spent a lot of time in Michigan, Ohio, Pennsylvania and Iowa … all states with a huge population of hunters, fishermen and gun enthusiasts. This is their way of showing their appreciation for the support their father got during the election. 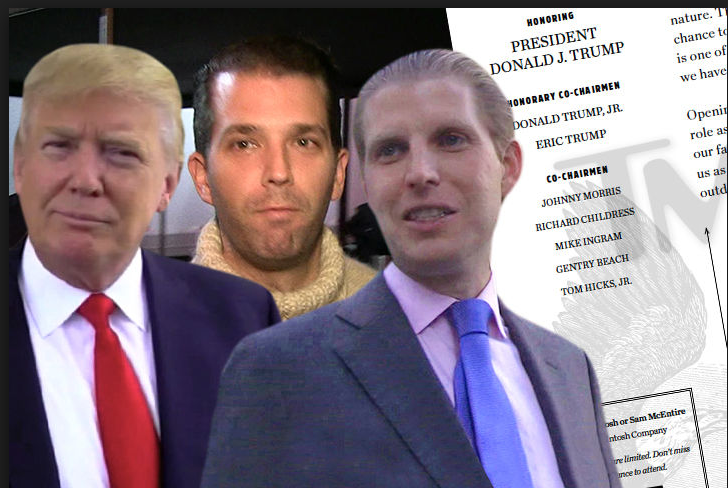 Donald Trump[3]‘s family will be the main attraction at a fundraiser the day after the inauguration, celebrating hunters, shooters and fishermen who probably pushed Trump over the line in November.

TMZ obtained a draft of the invite[4] for “Opening Day,” a massive party that will be thrown at the Walter E. Washington Convention Center in D.C.

The attire is “Camouflage & Cufflinks … Jeans, boots and hats are welcome.”

— BALD EAGLE PACKAGE … a private reception for 16 guests to rub elbows with Donald J. Trump. The package includes a “multi-day hunting and/or fishing excursion for 4 guests with Donald Trump Jr.[5] and/or Eric Trump.” You also get 85 VIP guest tickets to the event. Price: $1 MILLION.

— GRIZZLY BEAR PACKAGE … private reception for 8 people to meet and greet Donald J. Trump. The hunting/fishing trip is also part of the package. It’s a scaled-down version of the Bald Eagle Package. Price: $500,000.

There are other packages as well. As for the entertainment, Alabama and Toby Keith[6] will perform.

This is being branded as an “Opening Day” party. “Opening Day is your opportunity to play a significant role as our family commemorates the inauguration of our father, friend and President Donald J. Trump,” the invitation reads[7]. “Join us as we celebrate the great American tradition of outdoor sporting, shooting, fishing and conservation.”

I’m sure this is the beginning of many parties and events for the Trumps. It means a lot to Americans to have our right to bear arms celebrated like this. It would be great to see some events for the common man and not just the wealthy though. But overall, this is a fantastic start to a Presidency that will be like no other. Wonder if hunting Marxists will be on the menu? One can dream. 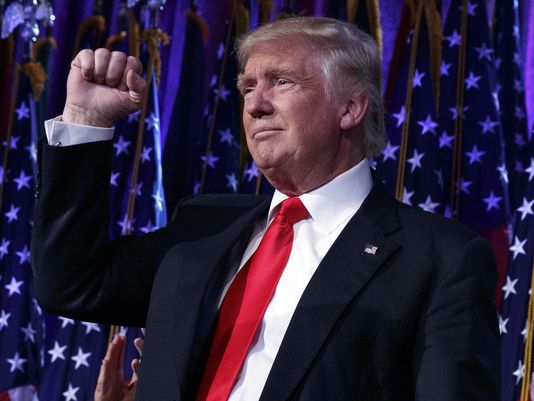