News broke yesterday that John McCain, Republican senator from Arizona, has been diagnosed with brain cancer. People around the country were shocked and saddened, and immediately began sending their prayers and well-wishes to McCain and his family. That included none other than Donald Trump himself[1]. 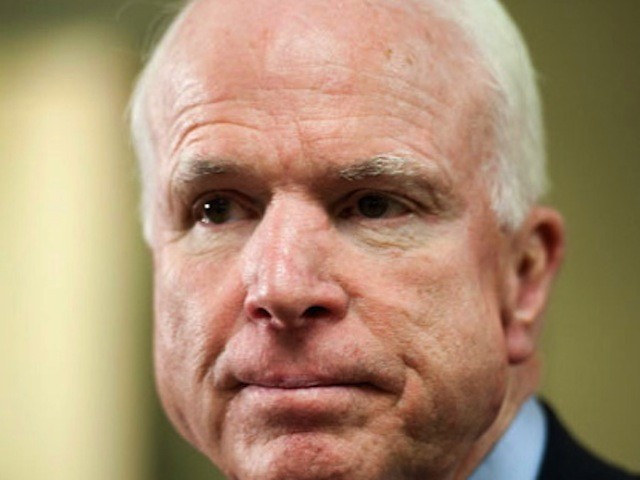 Last week, McCain underwent a procedure to have a blood clot removed from above his left eye at the Mayo Clinic Hospital in Phoenix. After tissue pathology tests were run, it was found that McCain has a glioblastoma, an extremely common and also very aggressive brain tumor. Glioblastomas can be treated with a combination of chemotherapy and radiation, but they typically grow back. The average survival time after a diagnosis is approximately 16 months.

McCain’s office released a statement about his condition, saying, “Senator McCain appreciates the outpouring of support he has received over the last few days. He is in good spirits as he continues to recover at home with his family in Arizona. He is grateful to the doctors and staff at Mayo Clinic for their outstanding care and is confident that any future treatment will be effective. Further consultations with Senator McCain’s Mayo Clinic care team will indicate when he will return to the United States Senate.”

There was a national outpouring of support for McCain, a long-time politician and war hero who was a prisoner of war for almost six years in Vietnam. This included from Donald Trump, who released a statement shortly after McCain’s condition became known. “Senator John McCain has always been a fighter,” the statement read. “Melania and I send our thoughts and prayers to Senator McCain, Cindy, and their entire family. Get well soon.”

Trump also reached out on Twitter to send his well-wishes.

Melania and I send our thoughts and prayers to Senator McCain, Cindy, and their entire family. Get well soon. https://t.co/fONWVlmYyz[3]

Karen & I are praying for @SenJohnMcCain[5]. Cancer picked on the wrong guy. John McCain is a fighter & he'll win this fight too. God bless!

Please keep McCain, as well as his family, in your thoughts and prayers during this difficult time.