Trumpsters descended on Hollywood[1] declaring that they intend to make Hollywood and America great again! A flash mob comprised of the Trump Army armed with signage spread the word throughout Hollywood Friday night. They emphasized how evil Hillary is and that America should come first. Women for Trump was among the crowd, as were those supporting WikiLeaks and Julian Assange. 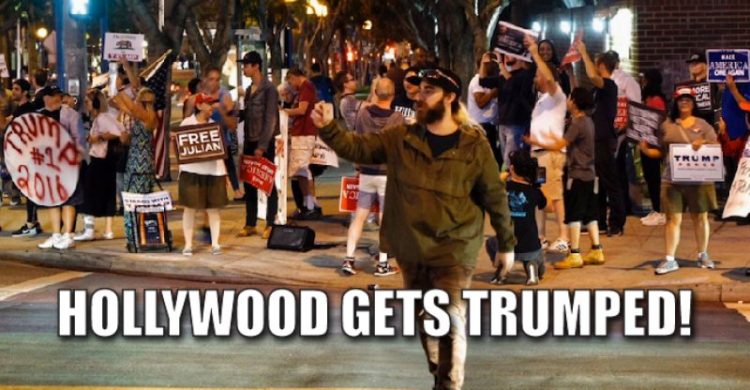 That was the vibe in Hollywood last night, as The Trump Army descended upon the beautiful people – spreading an inclusive message of love, peace, hope, jobs, and AMERICA FIRST!

Trump supporters gathered in West Hollywood Friday night to stand up for America First and stand against globalism, imperialism, and Hillaryism.

Trump represents a new direction for America, where the needs of Americans are placed above foreign interests and greedy donors and lobbyists.

An America where the government is run of, by, and FOR THE PEOPLE!

They say there were celebrity Trump supporters there, but I don’t know who. Feel free to let us know. The left claims there is a lack of diversity at Trump rallies… sure doesn’t look that way to me. It’s about as diverse as it gets.

Remember, West Hollywood’s mayor wanted to ban Donald Trump not long ago. Looks like the citizens there have other ideas. I think the average American (and yes, they live in Hollywood too) are sick to death of run-of-the-mill politics. They want jobs brought back to America… they want a prosperous nation once more and a sovereign one. They want the endless wars to cease and for people to come here legally after being vetted. This is the sentiment driving those who support Trump.

We are 16 days from the election and deciding who will lead this nation. Will it be rigged as Trump claims? Will he win it all? Americans are dying to know. As a HUGE flash mob stormed Hollywood for Trump, Hillary didn’t even know it was going on. She couldn’t relate anyway as no one shows up to hear her lie anymore. 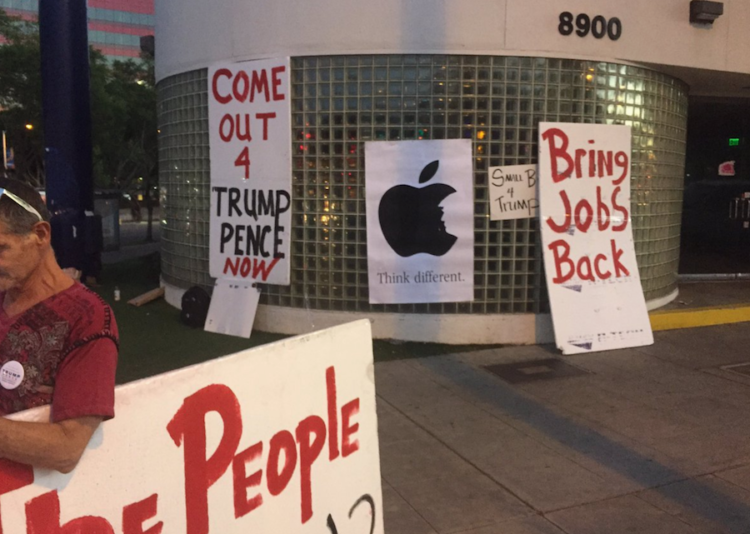 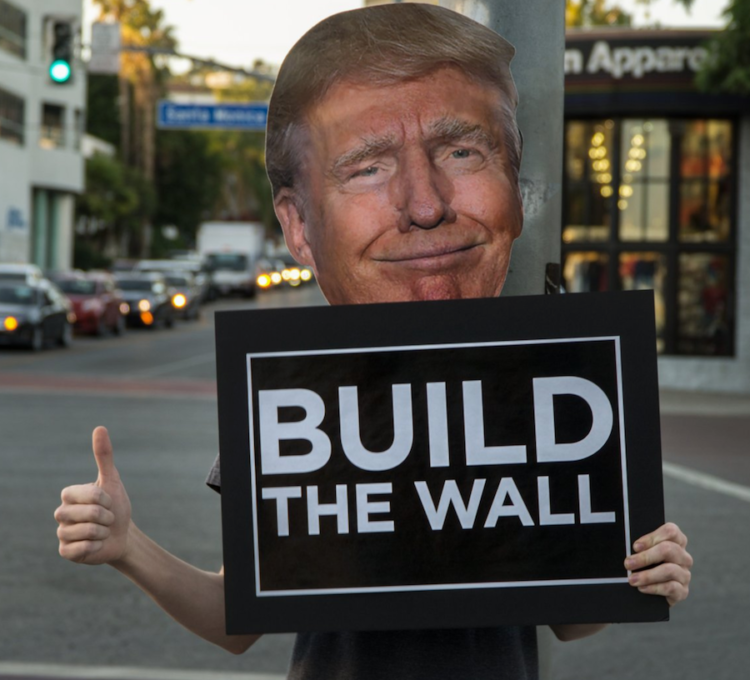 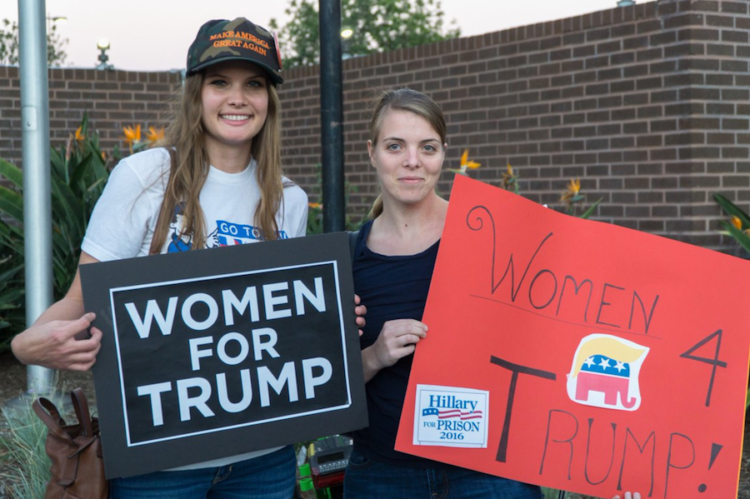 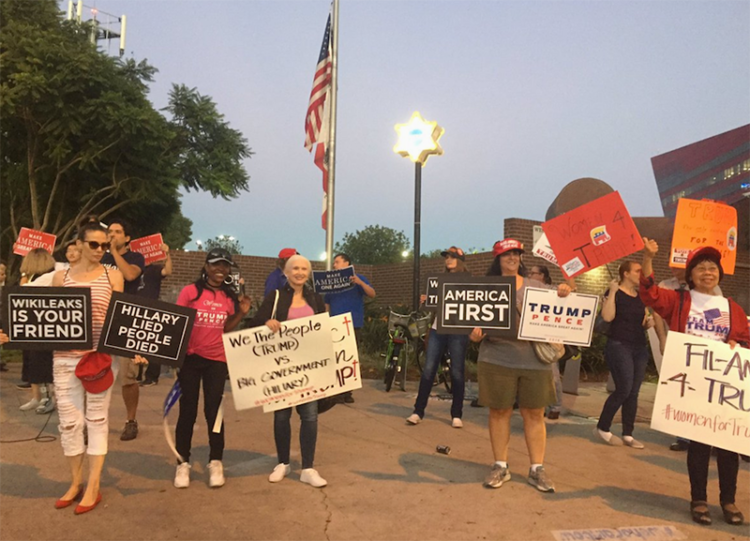 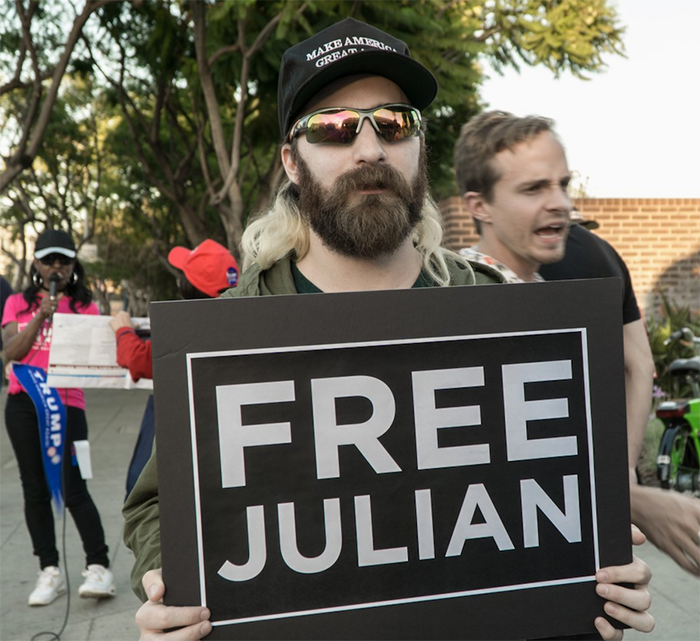 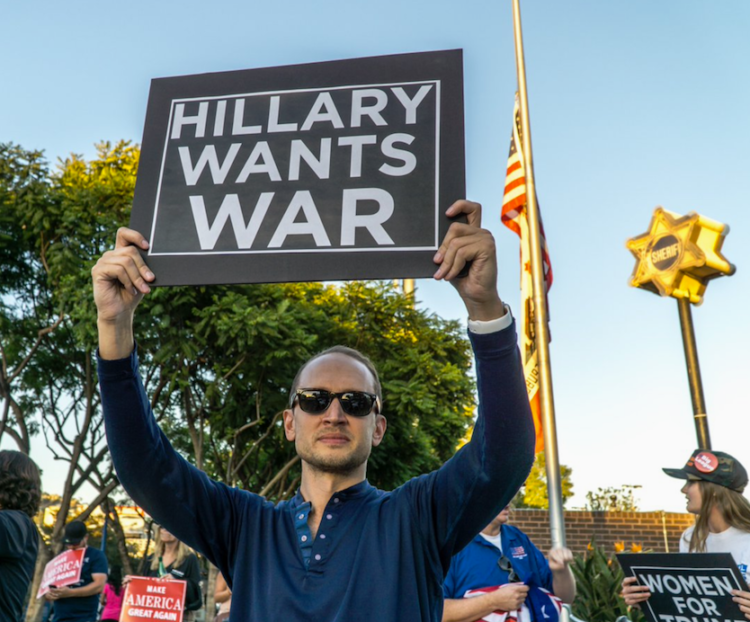