Trump Gets To DC And Shows Americans Where His Heart Is, Does Something AMAZING! 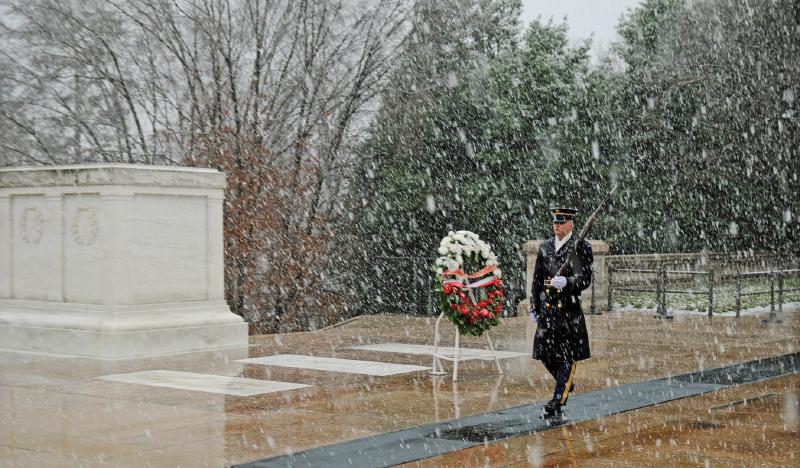 It is a humbling time for our country. As the inauguration has approached, my thoughts have turned to the sacrifices made by those in our country. We live in a country with unparalleled rights and opportunity. When people on the left get angry because whites have “privilege,” I get a little annoyed. Do whites have privilege?? Absolutely! So do all Americans! You can share you opinions without being scared that you will be killed, tortured, taken without trial or verdict. You have a platform, social media, that many countries have outlawed. You are not silenced. You have every opportunity.

And those freedoms are a result of other sacrifices. It is a time to remember those sacrifices. And that is exactly what Donald Trump and Mike Pence did today. They presented the tomb of the unknown soldier with a wreath. They stood solemnly and paid tribute to the sacrifices that have preceded them.

We all want Trump to succeed. And now is the perfect time to remember the ideals of our nation and to stand by them.