Trump Gets REAL: ‘Time To Close the History Books on the Clintons’ – It’s Time To Win [VIDEO]

The election is next week[1] and the candidates are wrapping up, making their last pitches to Americans. While Hillary Clinton is having trouble remembering where she is and is plotting how to avoid jail, Trump is telling America it is time to close the history books on the Clintons. With that, I wholeheartedly agree. Whether Trump can win, I have no idea. I can’t imagine he will lose to someone as corrupt as Clinton. Next Tuesday will tell the tale.

During Saturday’s GOP Weekly Address, Republican presidential nominee Donald Trump once again put forth his new Contract with the American Voter and what it entails. I do not agree with every detail he is proposing, but compared to Clinton, it is an improvement. I just wonder how many of his promises he will indeed keep if and when he is elected. I agree with repealing Obamacare, but it should not be replaced. Let the free market work its magic, please. 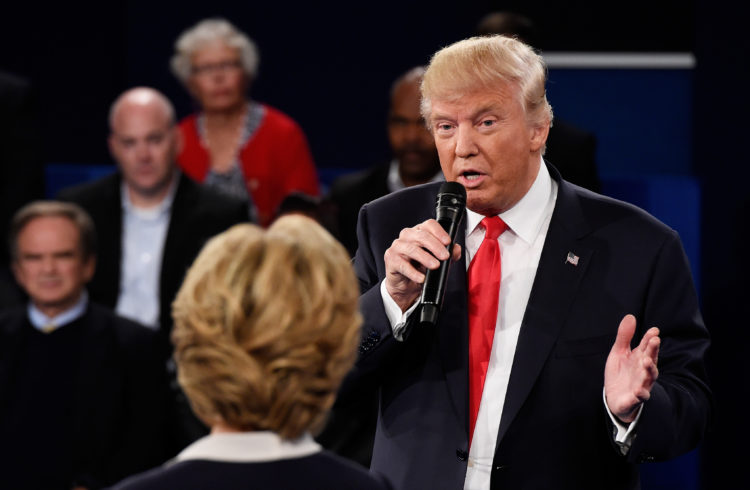 For the past seventeen months I’ve traveled across this nation and met the amazing people of our country. Their hopes have become my hopes and their dreams have become my dreams.

This is not just a campaign, it’s a movement. It’s a once in a lifetime chance to take our government back from the donors and the special interests, and return the power to you, the American people.

Fifteen days ago, I proposed my Contract with the American Voter—a 100 day action plan to bring real change to Washington. We need change so badly. If we win on November 8, and elect a Republican House and Senate, we can finally deliver the change the American people deserve.

My Contract includes a plan to create 25 million new jobs. We will cut taxes on the middle class Americans by 35 percent, and we will repeal and replace the total disaster known as ObamaCare – it doesn’t work.

If Trump does indeed open a new chapter, what that will be is not at all clear. However, what Clinton would bring is abhorrently so. This is the worst election of my lifetime and it has been absolutely insane. I don’t know about you, but I have not enjoyed this ride at all. I can’t wait for it to be over. The rifts this has created within the conservative movement will never mend I fear.

It remains to be seen if Trump can fix all that ails America. I really, really doubt it and I believe in some ways he will be almost as bad as Clinton. I will watch Tuesday night, because I just can’t stay away. I’m just like that with politics. My prayer for our nation is that I am fantastically surprised by Trump and he proves me wrong all the way. I would celebrate being wrong willingly. My foremost prayer is that Clinton is not elected. She is deadly. Tuesday is going to be a whopper of a long day.