Trump is Hailed As ‘Man of Prayer’ Who Frustrates Globalist Agenda

Donald Trump is not often seen as a man of faith, or known for his deep spirituality, but some see otherwise. According to some, it’s because Trump has faith in God[1] that he’s able to make such a positive difference — this according to former congresswoman Michele Bachmann. 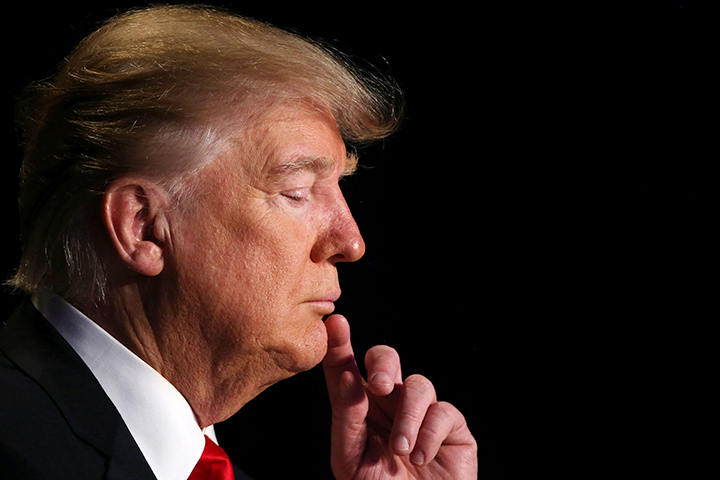 Bachmann appeared on radio program “Understanding the Times” with host Jan Markell, where Trump and his faith was discussed. Bachmann said that Trump is a “man of prayer and a man who loves to receive prayer.” He also “is a man who, I do believe, understands who the God of the Bible is and he wants to lift up the God of the Bible here in the United States. He understands that is the foundation, that is the underpinning not only of the United States but of Western civilization itself,” Bachmann explained.

Bachmann also praised Trump’s work ethic, claiming that he has been “working nonstop, 70 days in a row” and ‘hasn’t taken a day off” so that he can fulfill his promise to “make America great again.” “There’s an awful lot of work that needs to be done, but he’s up to it, to making it happen, and people across the world are seeing it,” she said.

And not everyone is happy about the job he’s doing. “The globalists are being frustrated at every turn because he’s a very unusual character. He’s not predictable, other than he is committed to the United States. And he is unashamed in standing up for increasing an awareness of God in the United States,” she stated.

Ultimately, it was his supposed commitment to God that has Bachmann most impressed. “As a believer in Jesus Christ, I could not be more happy with what I am seeing coming out of the Trump White House,” she said. “This is beyond my wildest expectations.”