Trump To Head To Texas Tuesday 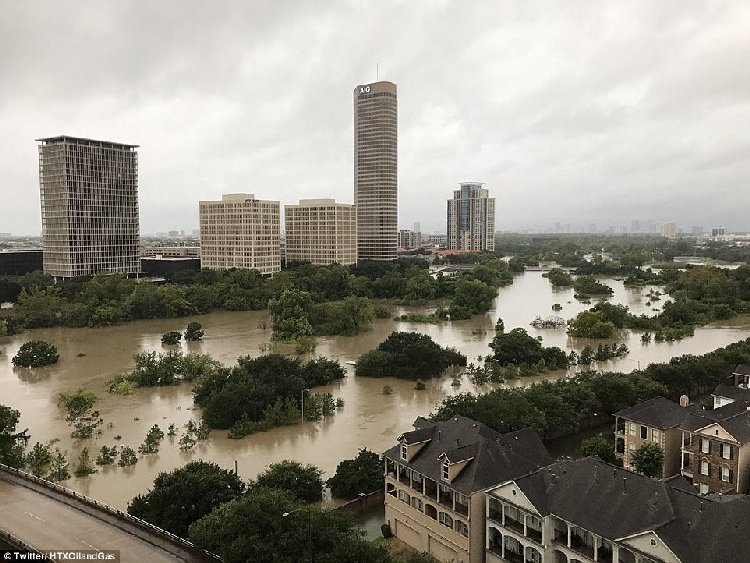 The media and Democrats are having a tough time finding a way to bash Mr. Trump and his response to Hurricane Harvey. Of course, if you take a peek through the Twitter timelines of a lot of Democrats, you’ll find zero mention of the storm About the only ones I’ve found are those from Texas and Chuck Schumer. The leftist running the MTV VMA’s[2] couldn’t be bothered to mention the storm. But, we do have this from the NY Times with a little shot

President Trump on Sunday announced plans to travel to Texas on Tuesday, as millions of people there continued to battle catastrophic flooding and torrential rain that was expected to last for several more days.

The timing of a presidential visit, as the disaster was still unfolding, could put Mr. Trump in an awkward position of adding to the logistical headaches for state officials, though he may avoid the storm-ravaged parts of Texas. The White House emphasized that the president’s plans were tentative and could still change.

Trump can’t win. If he didn’t go, he’d be blasted. Since he is going, he catches flack for possibly causing headaches.

Mr. Trump did not wait long to start doling out praise. On Saturday, as relief efforts were just gearing up, the president tweeted to the administrator[4] of the Federal Emergency Management Agency, Brock Long, “You are doing a great job — the world is watching! Be safe.”

That echoed President George W. Bush’s premature endorsement of his FEMA chief, Michael Brown — “Brownie, you’re doing a heck of a job” — after Hurricane Katrina inundated New Orleans in August 2005. The government’s relief effort, of course, was subsequently botched, and Mr. Bush’s attaboy came back to haunt him.

Ah, good, they’re trying to set it up to assign blame. Of course, in reality, it wasn’t fully the fault of Michael Brown: it was the horrendous pre-hurricane response from the Democrat mayor of New Orleans and Governor of Louisiana, and their post storm responses. These problems didn’t occur in the other states, such as Mississippi, who were hit hard. Remember, Katrina came ashore in Mississippi.

But, we do find a little bit of praise lower in the story

(Homeland Security Advisor) Mr. Bossert suggested that disaster relief, with its focus on rapid response and logistics, was well suited to Mr. Trump.

“This is right up President Trump’s alley,” he said. “His questions weren’t about geopolitical issues or about large political consequences. His questions were about, ‘Are you doing what it takes to help the people who are going to be affected by this storm?’”

Say what you will about Trump, when it’s time to get things done, he seems to care less about politics than Getting Things Done. As a longtime businessman, he understands that.

But, don’t worry, Democrats will surely find a way to Blamestorm.