Trump’s obsession with keeping the media in their place has come to a head. While at an event to honor veterans, the President lashed out at the “fake media,” once again reminding people that he is, in fact, the President.

The whole “I won, you lost” thing is getting kind of old. Maybe don’t use an event for veterans to puff up your ego? Maybe we could just, I don’t know, honor the sacrifices made by people who fought for our country? 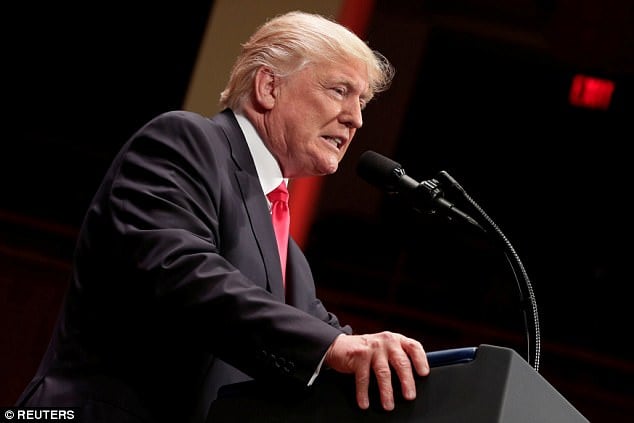 I’m all for giving the media a good and much-needed pummeling, but perhaps the Celebrate Freedom Rally isn’t the place to do it.

In fact, Trump spent most of Saturday attacking the media on Twitter. 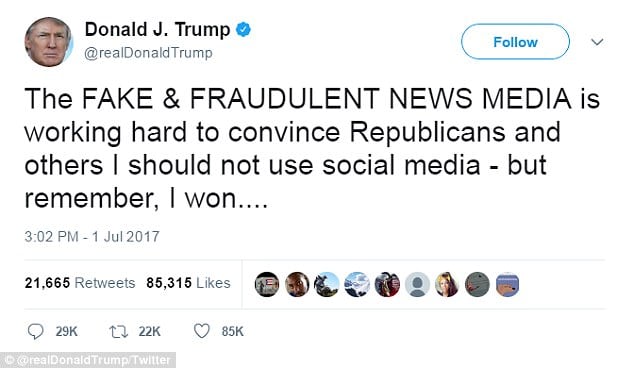 While honoring veterans at the Kennedy Center[3], Trump took the time to strike at the media:

‘The dishonest media will never keep us from accomplishing our objections on behalf of our great American people. It will never happen. Their agenda is not your agenda, you’ve been saying it’ he said at the event.

Trump also insinuated that the media has gone “too far” in their attempts to swing the opinions of the people away from him. ‘”Instead of being subtle and smart, they used the hatchet, and the people saw it right from the beginning.”

The event itself was sponsored by First Baptist Dallas and has been described as both a political rally and a Christian gathering. During the rally, he energized his Christian base by reminding everyone why the words “In God We Trust” were printed onto our money.

‘Since the signing of the Declaration of Independence 241 years ago, America always affirmed that liberty comes from our creator.

Our rights are given to us by God, and no earthly force can ever take those rights away,’

It’s good to see a President who actually cares about Christians in America. If only he could stay on topic.