There has been a lot of attention paid towards Donald Trump’s relationship with the media. While things remain contentious between Trump and the mainstream media, things continue to run smoothly with the conservative media. And he just had members of the conservative media to the White House[1] for a very exclusive briefing. 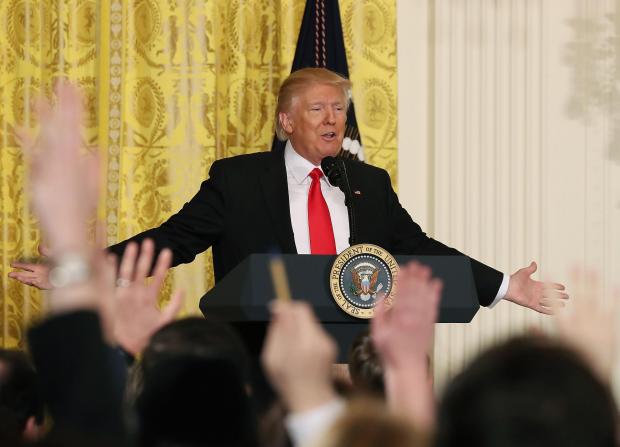 Trump hosted a reception at the White House for a group of conservative reporters, columnists and radio hosts to discuss various issues, including trade, foreign policy and infrastructure spending. White House aides and members of the press office were also present, along with roughly 30 members of the media.

The reception started with Trump entering the room, accompanied by senior advisers Reince Priebus, Steve Bannon and Jared Kushner. White House Press Secretary Sean Spicer was also present and it turned into a bit of a press conference.

“We love Canada, wonderful people, wonderful country, but they have been very good about taking advantage of us through NAFTA,” he added. He also said that he was considering allowing more logging on federal lands. “We’re actually having some of those horrific fires because this stuff is sitting there, virgin stuff for so long, and it’s in very bad shape,” he said.

He also criticized previous presidents for failing to take the North Korea threat seriously. Still, he said that Kim Jong-Un is not as much of a threat as he would like the world to believe. “I’m not so sure he’s so strong like he says he is; I’m not so sure at all,” he said. “This should have been done by Obama and it should have been done by every president since, really, Clinton.”

Trump’s infrastructure spending was also defended. “I tell you what we got, it’s 20 times worse than it first was when we first started bombing the hell out of Iraq,” he said. “Iraq was thrown in the hornets nest and it’s a disaster, far worse than anybody understands.”

Finally, he promised to crack down on illegal immigration, focusing especially on MS-13 gang members. “We’re getting rid of people, and people in towns, they’re cheering. These are rough people,” Trump said. “We have people that came into this country that should have never ever in a million years been allowed into this country.”

In John Hawkins’ new book, ‘101 Things All Young Adults Should Know’, he teaches in chapter 17 of the book that if you want to know what a person really believes, watch their actions.

What are Trump’s actions telling you?